The death of nice

We used to like our TV heroes clean-cut and likeable. Now, from Tony Soprano to Don Draper and Walter White, we want them flawed and objectionable. What changed? 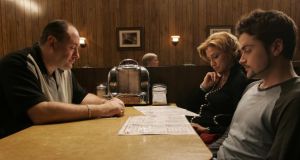 No more heroes: James Gandolfini, as Tony Soprano, with Edie Falco and Robert Iler in The Sopranos. Photograph: HBO 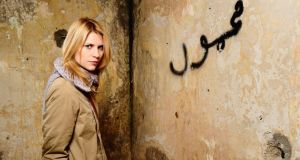 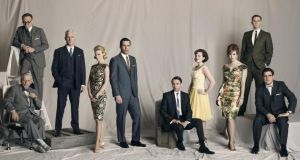 No more heroes: the cast of Mad Men, including Jon Hamm as Don Draper. Photograph: AMC 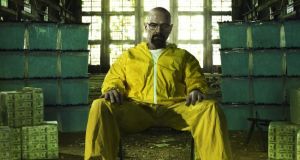 The phrase “golden age” is thrown about fairly loosely when we talk about television, and although it is a generalisation – will anyone ever look back on this as the golden age of reality TV? – more shows are on than ever before that people are rushing to claim as the greatest achievement in the history of television.

There are several you could make a case for. People will argue about which ones, but it comes down to preference. Do you like the subtle, adult and Martini-cool drama of Mad Men ? Or are you more drawn to the black humour and sun-kissed violence of Breaking Bad ?

I love them both, and I’m glad I’m not obliged to choose one over the other. I also love The Sopranos , The Wire , Battlestar Galactica, Deadwood and Boardwalk Empire . And I’m partial to a bit of Boss, Homeland and House of Cards . Then, of course, from Denmark, there are The Killing and Borgen . And Spiral , from France. And from the UK – traditionally no slouch in this department – the recent Utopia and Broadchurch , besides many more.

So. Okay. It is a golden age. No contest. Because from what other era in television could you generate a list of titles as rich and exciting?

It has been called a revolution. This is, in part, because over the past 15 years the mass audience that, in the US, the big networks – ABC, CBS and NBC – had catered to for 50 years was fragmented by the growth of cable and other subscription channels. The traditional “big-tent philosophy” had succeeded with the “broadest, most palatable, least challenging work”, as Alan Sepinwall puts it in his book The Revolution Was Televised . Fragmentation has brought with it a welcome surge in creativity. A key factor in this revolution, in making the past decade and a half a golden age, has been the death of nice.

Tyranny of nice
In mainstream American cinema the tyranny of nice continues unabated. For any A-list actor in Hollywood – apart from a glorious few years in the 1970s – it is considered career suicide to play an unsympathetic character, someone audiences might find hard to like.

Who decides this? Usually, the process starts with a studio executive armed with binders full of test-screening results; then it seeps into, and paralyses, the entire creative endeavour.

If a character has a dark side, or does some bad stuff in the course of a movie, then there had better be a big bowl of redemption waiting for him at the end or the focus groups won’t be happy. And no one would want that.

Book publishers and editors have been known to give the dreaded note as well. The characters, they’ll say, aren’t likeable enough – almost as if there’s an official quotient, and you haven’t reached it yet. Have these people never read Macbeth or Lolita ?

The problem is that likability is too narrow a bandwidth.

You don’t have to like characters to empathise with them. You don’t have to consider them nice to be transfixed or seduced. You don’t have to want to share a beer with a character to be emotionally invested in his or her story. In the skewed and inexact science of test screening no allowance ever seems to be made for the possibility of nuance or subtlety in an audience response.

So for years, decades, characters on prime-time television were likeable, nice, relatable, avuncular, “crusty but benign” (Sepinwall quotes Network on this). They were all hewn from the same boulder of righteousness and moral rectitude. They were all the same man, really, from Joe Friday to Perry Mason, from “Big” John Cannon to James T Kirk, from Richard Kimble to Marcus Welby, from Theo Kojak to Ben Matlock, from Sonny Crockett to Jean-Luc Picard. From Fox Mulder to Jed Bartlet.

And then along came Tony.

The Sopranos ’ most profound innovation was its quantum leap in psychological complexity: the portrayal of its central character was unlike anything that had been seen on television before. For a while Tony Soprano tried to conform to the archetype. He was a modern “Big” John Cannon of The High Chaparral , albeit with a twist. He was a businessman, a father, a protector, a rugged individualist – the strong, silent type.

Then, in the fifth episode of the first season, Tony did something radical. He committed a vicious and brutal murder. It wasn’t self-defence or protecting his family. It was just what he does. In the great mob flick Goodfellas Henry Hill never kills anyone; the worst thing he does is beat up a creep. I always felt slightly manipulated by this. He was the movie’s niceness-quotient delivery system.

But by 1999 – and even though he was warned that Tony’s action would make people hate the character – David Chase, the creator of The Sopranos , understood something important. He understood that niceness was no longer a requirement, that the victim in this case wasn’t just Febby Petrulio; what Tony was strangling in that still-shocking scene – check out the look on Tony’s face – was likability itself. Chase crossed the Rubicon, and we all followed.

The result is that today we have a broad range of psychologically complex, morally ambivalent, not-very-nice lead characters on our TV screens who wouldn’t have been there in an earlier era. Don Draper in Mad Men is cruel, insincere, a cheat and a philanderer, and his whole life is based on a lie.

Walter White, also an inveterate liar, cooks crystal meth on an industrial scale. He has his own Tony moment in the second season of Breaking Bad , when he allows Jesse’s girlfriend, Jane, to choke on her own vomit. Nucky Thompson, another liar, is ruthless, corrupt and vain in Boardwalk Empire .

Bag-of-cats crazy
Carrie “Cryface” Mathison is obnoxious, scheming, reckless and just ever so slightly bag-of-cats crazy in Homeland . Dr Gregory House is arrogant, heartless and manipulative in House . Tom Kane and Francis Underwood are both monsters in House of Cards . Dexter Morgan is a serial killer. This is just a selection.

At a time when cinema is struggling – read Steven Soderbergh’s keynote address at the recent San Francisco International Film Festival – it’s heartening to have such an embarrassment of riches on the smaller screen. But golden ages don’t last forever. So wouldn’t it be nice if, just as television has learned from movies in the past, movies learned something from television, and got their storytelling mojo back?

Alan Glynn’s new novel, Gravel and , is published by Faber and Faber

Terry Jones, Monty Python star, dies at the age of 77
9