Review: ‘Marian Finucane’, ‘Off the Ball’, ‘The Pat Kenny Show’ 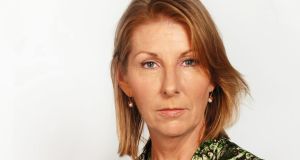 “Why is it called the ‘ladies’ game’? That’s the one thing I never get”: Aine Lawlor during a discussion about women in the GAA

Once it may have been the highest praise women could hope for, from men anyway, but the term “ladies” hasn’t quite the acme of affirmation it used to be. When not being derisively appended to phrases such as “who lunch”, it is used to signify the presence of gender-specific bathrooms. But in one august institution, at least, the term retains its currency, as Aine Lawlor notes during her discussion about women in the GAA.

“First of all,” wonders Lawlor, sitting in on Marian Finucane (RTÉ Radio 1, Saturday and Sunday), “why is it called the ‘ladies’ game’? That’s the one thing I never get.”

The reason for this “inappropriate” label, explains the footballer Sarah Rowe, is that the GAA has simply never gotten around to changing the original genteel designation.

Rowe outlines the practical differences between being one of the ladies and one of the lads. Unlike the men, she says, women footballers get neither food nor hot showers after training sessions, nor do they receive vital financial support. Little wonder that Rowe characterises women in GAA as second-class citizens.

The ensuing discussion, which also includes the footballer Anna Geary and the sports journalist Cliona Foley, explores the reasons, from disparity in funding to the lack of popular support for women’s teams.

In hosting her all-woman discussion on the subject, Lawlor highlights another gender imbalance. Even by the lamentable standards of Irish radio, sports programming is woefully skewed towards men. Women’s voices, such as that of RTÉ Radio 1’s Sunday Sport presenter Jacqui Hurley, are all too rare. The usual reason given for this anomaly is the old canard that men are more interested in sport than women and that men’s sports are more popular.

Maybe so. But then how to explain this week’s coverage of the controversy over the tennis star Maria Sharapova?

Sharapova, who faces a ban from the game after failing a drug test, is one of the biggest names in world sport. She is also, as astute observers will have noted, a woman. Yet when the subject comes up on Off the Ball (Newstalk, weekdays) no women are heard; instead Joe Molloy talks to the journalist Paul Kimmage.

Kimmage is a logical choice, having spent his career pursuing drug cheats. He also is a spiky and compelling guest who paints an alarming picture of all sports being distorted by performance-enhancing drugs, both legal and illegal, and calls Sharapova’s excuses “bull***t”.

But the item also fits with the show’s overwhelmingly blokey format: all of the hosts and the vast majority of guests are men. The banter is a reason for The Ball’s success. But when the atmosphere also gives rise to tittering remarks about Sharapova’s looks being able to move (male) parts it reinforces the show’s laddish image and sours the otherwise astute analysis. Molloy sounds slightly embarrassed, as well he might. At times like this Off the Ball seems as inviting for women as a rowdy men’s dressing room.

Tuesday’s edition of The Pat Kenny Show (Newstalk, weekdays) also features men dissecting the Sharapova affair, as Kenny talks to the English journalist Ben Rumsby. The item throws up some interesting facts, as when Kenny notes the far greater prevalence of asthma among sportspeople than the general public. (That inhalers enhance breathing capacity is surely a coincidence.)

Still, the most notable moment comes when Kenny speculates what might happen if Sharapova is barred from tennis. “Recover from all your injuries, two years’ rest, have a baby or even two, and come back. Who knows?” he says. Coming on International Women’s Day, Kenny’s suggestion comes across as gormlessly anachronistic. But Rumsby’s reaction – stunned silence before an awkward-sounding “indeed” – is a hint of what is to follow.

The next morning Kenny sounds baffled by “the to-do on Twitter” about his remark. “I’m completely lost as why this would upset anybody,” he says. Suggesting that a woman approaching her 30s might use a career break to start a family seems reasonable, Kenny says, adding that such thoughts are certainly at the back of the minds of many women at that stage of life.

As Kenny speaks there is no trace of the bullish PC-baiting that colleagues such as Ivan Yates revel in. Rather, he sounds wounded, wronged even. “I’m just wondering is it because I’m a man who said this that got me into trouble?” he muses.

Possibly, although he doesn’t say if he would advise a man in similar circumstances to start a family. Instead he wonders if his Twitter detractors are the ones being sexist. “If a woman had said it would it have created any stir at all?” Given the number of women in sport radio, we’re unlikely to know the answer to that one any time soon.

Moment of the Week: Tubridy calls out hatred

The feelgood atmosphere of the marriage-equality referendum is a distant memory as Victoria Curtis tells Ryan Tubridy (RTÉ Radio 1, weekdays) about being attacked on a Dublin street. Curtis, a “proud queer woman”, recounts how she and two friends were taunted by a young man. When she upbraided him he abused her about her sexuality and punched her four times. As he ponders the “bile” still aimed at gay people, the normally upbeat Tubridy also sounds despondent. “We’ve been quite busy congratulating ourselves as a country recently,” he says, “but I’m wondering is it all a bit hollow.” radioreview@irishtimes.com