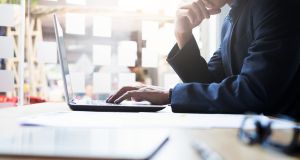 Social media are not subject to regulation. Photograph: Istock

If social media companies do not develop a system of independent regulation for the content they host, then governments will have to step in and make them subject to oversight, the Press Council and Press Ombudsman have stated.

The council was responding to the case of David Murray, whose picture was published on the Facebook page of the KildareNow local news website by a member of the public, falsely identifying him as convicted sexual offender Anthony Luckwill. Mr Murray had to receive Garda protection when he found himself being abused and accused by a group of people in Monasterevin.

KildareNow deleted the original Facebook post and published an apology, but Mr Murray told The Irish Times that he was concerned the photographs would be re-circulated online.

While it was subsequently reported that Mr Murray had decided not to pursue defamation action against the person who posted his image, or against KildareNow or Facebook, he did seek redress through the Office of the Press Ombudsman.

The office said that, although Mr Murray had been “a victim of appalling treatment”, it could not use its complaints handling process in the case because KildareNow is not a member of the Press Council. Membership of the council, which is voluntary, includes all national newspapers, most local newspapers, many magazines and some online-only news services.

“Under the current arrangements the vast majority of the press is subject to independent regulation and broadcasting is subject to the Broadcasting Authority of Ireland,” the council and ombudsman said in a statement on Monday.

“Social media are, however, subject to no regulation, independent or otherwise. They should be required to develop an independent regulatory body that would offer a fair means of redress for people who believe that information about themselves posted on social media is inaccurate or misleading. If social media cannot or will not put in place such structures they should be made subject to national and/or international governmental oversight.”