Ireland slips to 92nd place in world, showing female participation in politics on a par with countries such as Azerbaijan 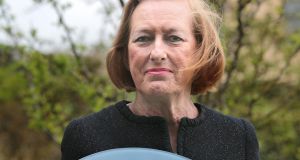 Geraldine Kennedy, former editor of The Irish Times, who was presented with the Mary Cummins Award at the Women in Media event in Ballybunion, Co Kerry. Photograph: Valerie O’Sullivan

Gender quotas were needed to “kick-start” the proper involvement of women in public life, a media conference in Co Kerry was told at the weekend.

Ireland had now slipped to 92nd place in world terms, sharing low female participation in politics with the likes of Azerbaijan, the second annual Women in Media conference in Ballybunion was told.

There were opposing views about the benefits of quotas, with former government minister Mary O’Rourke describing them as “an insult to women”.

Outlining some of the “stark” statistics, Edel Clancy, director of corporate affairs at grocery group Musgrave, said Denmark was now able to dispense with gender quotas because female representation there had reached 41 per cent.

Ms Clancy, founder of the 50/50 group for equal representation said: “In 1990 with the election of President Mary Robinson, we thought things would change on their own but as we know they have hardly moved.”

MEP Mairéad McGuinness said gender quotas were necessary but were “only a step”.

Children took up only a small part of a woman’s life and political parties needed to look at attracting women over 40, the MEP said.

Ms O’Rourke disagreed, saying: “I am not prepared to go down the road of unjust discriminative action. I would hate to be a quota woman.”

Former editor of The Irish TimesGeraldine Kennedy, who was the recipient of the Mary Cummins Award for outstanding achievement in journalism, said during her acceptance speech that she was “uncomfortable” with gender quotas.

There was no position in Irish society to which a woman could not aspire, or achieve, if they were good enough “apart from being a priest, bishop, cardinal or the pope”.

was particularly difficult for women. “It is neither woman nor family friendly but it isn’t man- or father-friendly either.”

The journalism of Maeve Binchy – whose parents had met in Ballybunion – was also celebrated at the event.