Two weeks after the Biafran War ended 17 Irish missionaries were jailed in Nigeria for entering the former secessionist state. John Horgan explained Irish involvement in the war, from which Concern and Médecins Sans Frontières emerged 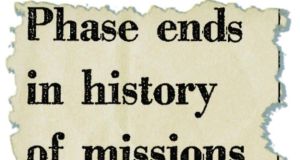 The sentencing and imprisonment of 17 Irish missionaries in Port Harcourt puts, if not a full stop, at least a semi-colon, at the end of one of the most extraordinary phases in modern Irish missionary history. Even in Lagos last week, there was an almost intangible atmosphere of change and uncertainty about the future.

It had its origin in the energy and shrewdness of the legendary, bearded, Bishop Shanahan, and of his successors who found that the Ibo people [the majority in Biafra] responded with alacrity to the offer of education and Christianity that characterised the Irish missionary effort, especially in the early decades of this century. Eastern Nigeria at that time, and until comparatively recently, was an inhospitable place for the white man. Its climate was insufferable, and the health risks enormous. British administrators found the climate in the north more congenial, and the people more friendly. Through a process of colonial attrition, the region that declared itself independent as Biafra virtually became an Irish enclave – an enclave in which Irish Catholic missionary endeavour was often counterpointed by equally dedicated Church of Ireland and Irish Presbyterian missionary activity.

It was education, above all, which forged the link between the Irish missionaries and the Ibo people. The Ibos came to western education later than the people in other areas of Nigeria, but took to it with such avidity that they had soon outstripped their fellow-Nigerians in achievement and ambition.

Population pressure, and the lack of economic opportunities in their own heartland, forced the Ibos out all over Nigeria – to the west, and to the north – and, wherever they travelled, they took their Catholicism with them. This led to a situation in which the Catholic Church in many parts of Nigeria, even in the Yoruba west and the Hausa north, was almost exclusively an Ibo church, and in some areas was even known as such.

This was the situation in 1966 when the massacres erupted in the north. Figures for the total number of Ibos killed vary widely: the official Biafran estimate was 30,000, whereas Father James O’Connell, S.M.A. suggested that it was 8,000. The actual figure is hardly relevant: what was relevant was that thousands of – mostly Catholic – Ibos were killed, and that this gave very many missionaries the firm belief that the basic motivation behind the slaughter was religious. The subsequent rather embarrassed and confused silence of the Nigerian Church as a whole on the subject of the massacres did little to help matters, and, by the time secession was announced, the idea of a possible religious war was very much in the air.

It is only fair to point out that comparatively few missionaries were actually involved in any way in the politics of secession, and that many of them were against such a step being taken. But, once secession had become an accomplished fact, most of them threw in their lot with the Biafrans because they felt that it was the only thing they could do in the circumstances. In some cases, this became an outright commitment, but usually this was based more on a belief that it was a religious war, and on fear of genocide, than on grounds of politics or ideology (although there were a few gallant, if unconvincing, attempts to draw a political parallel with the Irish War of Independence).

It would be wrong to assume that the Irish priests were automatically accepted by the Biafrans. The highly-charged atmosphere at the beginning of the war saw repeated searches, obstruction and harassment of missionaries simply because they were, in many cases, assumed to be British or in league with the British [who supported the Nigerian government]. Even later on, any sharp increase in tension tended to have a similar effect.

Here in Ireland, however – especially as the aid movement got underway – the Catholic/Biafran identification became an emotional reality which it was almost impossible to ignore, in spite of the Government’s determined refusal to change its Nigerian policy. This, and the activities of the priests from Biafra who spent a considerable time organising relief and funds in Ireland and in the United States, added to the Nigerians’ suspicions that the missionary involvement was something more than humanitarian.