Review: We Didn’t Care When (Our Mothers Had Cancer)

This play never fulfils the promise of its laudable motives 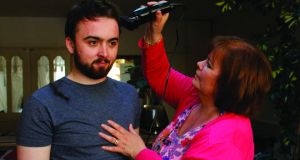 We Didn’t Care When (Our Mothers Had Cancer)

When Neil Douglas was 15 his mum had cancer and he didn’t care. Maybe it was because he’s Irish, or maybe because he’s the youngest. He wishes he could tell you why but he can’t. And that’s about the height of reflection in Douglas’s 50-minute lecture/play about “our relationship with illness”.

Douglas begins with a health warning: it’s about cancer. The clue’s in the title. But then, the title is misleading because “we” and “our mothers” might imply some kind of collective reflection. Instead there follows an explanation of cellular mitosis that borders on patronising and a heavy reliance on soaps and sitcoms to labour the point that watching sad things happening to people on TV makes us feel better about our own lives.

Douglas sets out to make “an unflinching but light-hearted look at disease”, and his motivation is laudable: “Sometimes, when things are hard, it can help to watch people act.” But his performance lacks the emotional depth and curiosity to carry it off. Ends September 20

Finding the Way Back: A career-best performance from Ben Affleck
Real news has value SUBSCRIBE