Should religions get out of education? 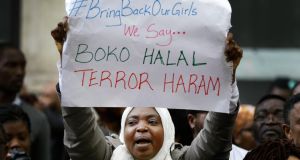 A protest against Boko Haram, which caused outrage by abducting dozens of schoolgirls in Nigeria and threatening them with forced conversion to Islam

Education has always been a major battle ground for religions. For centuries, the Catholic Church used classrooms as a means of spreading the faith. As the pioneering Irish missionary Bishop Joseph Shanahan once said, “If we go from town to town talking only about God, we know from experience that much of our effort brings no result. But no one is opposed to a school.”

Today, there are new tensions between educators and evangelists. In Ireland, efforts to achieve greater pluralism in schools have been met with some resistance. However, the developing world has witnessed far more extreme flash points.

This is especially so in Shanahan’s old stomping ground of Nigeria, where Boko Haram, which translates as “western education is sin”, has caused outrage by abducting dozens of schoolgirls and threatening them with forced conversion to Islam.

While terror groups such as this represent an extreme minority in world religions, the episode raises questions about the limits of pluralism. Is religion inherently exclusivist? And how much tolerance should the state show towards religious belief?

Linda Hogan, TCD’s vice-provost and professor of ecumenics, provides today’s idea on the ground rules for negotiation: The same norms of civility and goodwill should apply to religious debate as to political debate.

How do the world religions approach the question of pluralism?

“Through their evolution, most religions have had aspects of each of them, and I think what you see in the contemporary context is . . . because we live in a globalised world, where we brush up against adherents of all religious traditions, we have come to live in a situation where pluralism is the default for many citizens and believers. That’s the primary context, and then people have to understand the legitimacy of their religious beliefs in that context.”

What ground rules should be set for interaction between the state and religions?

“The state has to create the environment in which, first of all, there is respect for the freedom of religious belief and the freedom of practice. The state also has to provide a forum where we can have genuine interaction on really critical moral issues, in particular, because most religious traditions have very strong views about issues such as abortion, euthanasia, the role of women, gender, sexuality – and lots of these issues are highly political.

“The state has to provide an environment in which there is a recognition that people come to these debates in good faith.”

Have non-believers a duty of politeness to believers?

“I would be quite unhappy about the lack of civility in public debate on a range of issues, and I would hold that in terms of engaging with religious traditions as well.

“I don’t think that only an insider can criticise a religious tradition, but I do think we have to engage in debate recognising the bona fides of those we debate with, and recognising that our public discourse should be civil and respectful. That is as true for debate about education, health and welfare as it is about religion.”

“I think difficulties arise when, over time, the state doesn’t take that responsibility to itself and provide a fully comprehensive education system for all of its citizens. In that context, I do think that society is best served where there is a strong public-education system that is multidenominational, and non-denominational and pluralist.

“I think it’s also served where religious traditions can provide, through their own means, religiously based institutions that promote certain values. But even in those contexts, I think a religious tradition does not serve its young people well if it prepares them to live in a monocultural and exclusivist environment, because all young people, whether they are formed in an exclusively religious context or not, actually have to reckon with the religious pluralism that is all around them.”

But if the Catholic Church wants to influence young minds, shouldn’t it be wary of ceding control over schools?

“I don’t think so, really, because in the end it’s about the formation of values and it’s about promoting certain values and ensuring young people – from the Catholic Church’s point of view – believe and come to the religion wanting to be part of it. I don’t really think that is something best achieved sandwiched between maths and English. I think it’s best achieved in a different way.

“You are trying to engage people at a different level for a different purpose. So ultimately I think the Catholic Church’s religious agenda, or aspirations, won’t be impacted negatively by ceding control of certain schools.”

Question: Any last-minute advice on the Leaving Cert?

Pádraig Pearse replies: “The education system here was designed by our masters in order to make us willing or at least manageable slaves.”