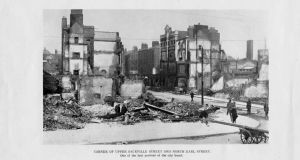 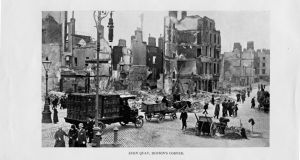 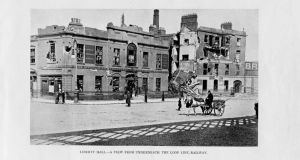 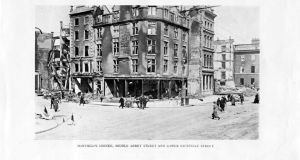 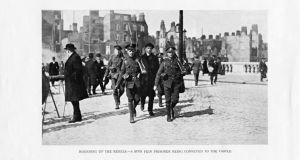 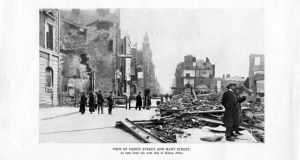 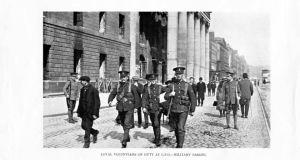 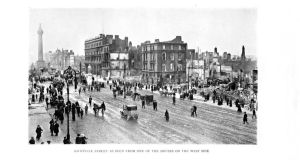 Photographs depicting the aftermath of the Easter Rising are being made public for the first time in more than 95 years. The photographs were taken six days after the Rising by photographer and journalist TW Murphy, who was working for several publications, including The Irish Times, at the time.

One image shows a newspaper vendor getting back to his trade outside the devastated GPO. Others depict British soldiers rounding up rebels on the Wednesday after the Rising. All of them show the destruction of Dublin by shelling during the Easter week conflict.

The photographs are to be found in The Rebellion in Dublin, April 1916, a small circulation publication which came out shortly after the Rising. Up until now it has never been republished.

Murphy’s grandson, Tom Murphy, said he was aware of the photographs but had never seen them displayed publicly before. His family have one of the few extant copies of The Rebellion in Dublin, April 1916.

“These books have been out of print for nearly 100 years. I only know four people who have one ,” Mr Murphy said.

The Rebellion in Dublin, April 1916, along with a companion book, Dublin after the Six Days’ Insurrection, which was an official British army title, are being republished by Willow Design and Publishing, based in Cootehall, Co Roscommon.

Dublin after the Six Days’ Insurrection was widely circulated to give people in Britain an idea of what happened in Dublin during Easter week.

It contains a foreword by General John Maxwell, the British military commander who ordered the execution of the leaders of the Easter Rising. The letter is signed on May 16th, 1916, four days after the last of the Rising executions.

Republished books are available at Easons on O’Connell Street and Nassau St Dublin.