Watch: Get a sneak peek at Lapsley at Other Voices

We interview Lapsley after her Other Voices performance in Dingle, Kerry. 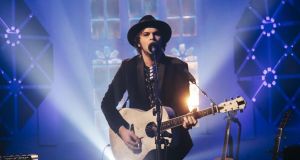 Gaz Coombes at Other Voices in December 2015. Photograph: Rich Gilligan 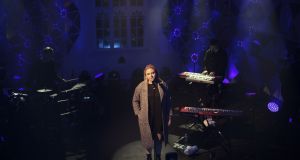 Other Voices is back on Irish screens on Saturday night with performances from Gavin James, Lapsley, Gaz Coombes and Bitch Falcon. The performances were filmed during the festival’s 14th iteration in Dingle, Co Kerry in December last year.

Holly Lapsley Fletcher is one of music’s rising stars. After signing to XL Records, she was named on the BBC’s Sound of 2015 longlist, and the 19-year-old’s debut album Long Way Home is due for release in March. Her performance in Dingle was one of the weekend’s highlights.

This episode also has Gaz Coombes performing solo material from Matador, his Mercury nominated album, perhaps one of the more underappreciated albums of 2015. Irish singer Gavin James has already sold out three nights at the Olympia, and is not long back from a US tour with Sam Smith; his Other Voices slot should give fans a taste of what’s in store. Bitch Falcon complete the bill with a storming set recorded in the Imro Other Room at Dingle.

This series of Other Voices has five episodes, presented by Annie Mac, Huw Stephens and May Kay Geraghty. Other performers in the pipeline include a rare appearance by Keaton Henson, explosive sets from Jack Garratt and Little Simz, and strong performances from Mahalia, Ane Brun and Low.

Among the Irish acts featured are Glen Hansard, Bleeding Heart Pigeons, Otherkin, The Academic, Talos, Hawk, Gavin Glass and Saint Sister. The series is also accompanied by a podcast.