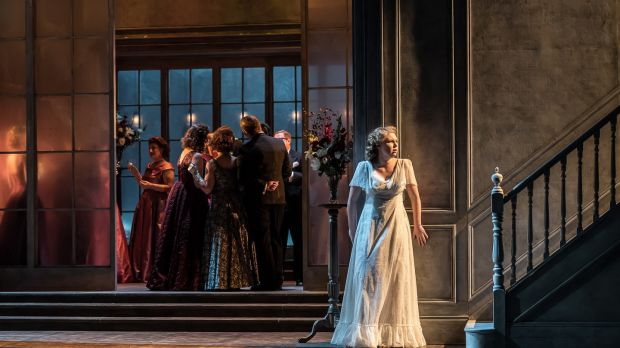 Samuel Barber’s Vanessa, first heard at New York’s Metropolitan Opera in 1958 – when it was much feted – has never won the lasting affection of audiences. It may well be that its strengths are also its weaknesses. Musically it does little to challenge its listeners. Its world is comfortable even by the standards of the more advanced music of half a century earlier.

Just imagine a 1950s Hollywood tearjerker with a scene at the opera. Barber’s music could fill that slot musically to perfection, although it wouldn’t quite transcend the filmic situation.

But if it was calculated not to offend a 1950s audience fearful of genuinely modern music it also ran – and runs – the risk of paling beside its models, works in which any taint of the modern is absent. If you can have the real thing without dilution, why accept a substitute?

It’s certainly a beautifully crafted piece. It’s not afraid of expressionistic emotional turmoil any more than it is of sweet sentiment or nostalgia. But there’s a kind of distancing effect that limits its effectiveness.

The story is one of generational mirroring. Vanessa lives with her mother and niece Erika in a remote place awaiting the return of a long-lost lover. His son Anatol shows up, seduces the niece and gets her pregnant, but marries Vanessa and departs with her, to leave Erika, who trekked out into the cold to miscarry, replicating the waiting game of her aunt.

Conductor Timothy Myers gives the music its head, and director Rodula Gaitanou’s production is impeccably naturalistic. Cordelia Chisholm’s designs update the setting from 1905 to some time in the 1950s.

The female characters move through this comfortable bourgeois world as if cocooned from one another, acting only in relation to the promptings of the opportunistic Anatol, ably sung by the suitably uningratiating American tenor Michael Brandenburg.