From from hip-hop to soul, from dance to rock and electronic to pop, it was a year of renewal for Irish music. Here are nine who had a great year 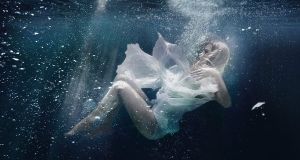 Burnt Out
With just two songs and their accompanying black and white visuals, North Dublin band Burnt Out left a lasting impression of lives in a working class neighbourhood with less a band, more of a multimedia art project. Dear James is a slow punk song written about teenager who committed suicide but the video with its gritty urban landscapes and surprising moments of gravity-defying motion suggest release from the realities and pressures of that existence. Joyrider, sung in a thick Dublin accent and its stark abandoned urban scenes reinforce the weight of Burnt Out’s creative aspirations.


Siights
Having played with Hozier in a live setting for the last two years, Mia Fitz teamed up with with Scottish songwriter Toni Etherson as Siights this year. Their debut single Dance swayed with a electronic funk-pop style and a video shot in LA raised the style of the project. Expect plenty more from this duo in 2017.

Jafaris
One of the highlights for attendees at Hard Working Class Heroes this year, Percy Chamburuka is a rapper and singer with ambition, and is part of the burgeoning new generation of hip-hop artists in Ireland. Formerly known as Profound, Jafaris is the most promising of the lot. He also played a bit part in the feel-good movie of the year Sing Street.

TooFools
BIMM college in Dublin is really starting to facilitate some professionally minded singers and musicians of late and TooFools are one of those. Lorcan O’Dwyer and Steven McCann are the main members of this band but they have a gang of people that swells to nine performers in a live setting to do it justice. Their music has funk, soul and falsetto; rhythm, style and stomp.

Soulé
Young Balbriggan singer Soulé debuted this year with a drum and bass-styled R&B song Love No More that immediately grabbed the attention of the industry. Live, she’s been known to cover Kendrick Lamar and showcase her singing voice accompanied only by a guitarist.

Bad Bones
Sal Stapleton is another Irish artist who considered the whole package before debuting music. For the first five months of the year, she released a song a month, each accompanied by a video she made herself. Musically, her style is warped electronic R&B with pitched-down vocals and visually, there is a strong monochrome theme. That consideration is brought into a live setting where two dancers add an extra dimension.


Bonzai
The Wicklow-raised UK-based singer has found considerable acclaim by teaming up with Jersey producer Mura Masa on his day-glow electronic pop tracks. As an artist in her own right, there’s a similar fluorescence to her music, with a wider range, taking in R&B, bass music, old-school dance, grime and on recent EP a nod to her roots with a song called Bodhrán. Still only 20 years of age, Bonzai is now signed to Columbia Records and is surely poised to raise her profile 2017. Catch her at District 8 in Dublin on December 30th.

Lyra
A London-based Cork girl, Lyra appeared this year with an impressive debut EP called W.I.L.D. featuring superbly produced ethereal pop music with traces of Kate Bush, Swedish pop and Enya. Yes, Enya. Emerald, a song about remaining true to yourself does just that with a clear Irish accent and Rabbit In The Headlights with its big chorus and crashing drums could soundtrack many a slow-mo action scene.

Eden
No other Irish artist went from 0 to 100 more than Jonathan Lei Ming, AKA Eden. The 20-year-old multi-instrumentalist has built a worldwide fanbase that has garnered him millions of plays without the mainstream media noticing. This year, his EDM dance pop music sold out venues not just in Dublin but LA, New York, San Fran, London and Toronto and has just completed a 33-date world tour. Now signed to Justin Bieber’s management company, Eden looks likely to be the most popular Irish artist in 2017.