Irish Tribes Today: This Irish Times series on pop culture looks at how what we buy, eat, wear, work and share helps create our sense of identity. Part one looks at the rise of the football hipster, a sport that rewards whatever level of attention you wish to give it 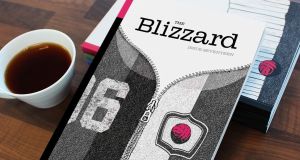 The Blizzard: “Maybe you’re not interested in history or politics per se. But you’re reading the Blizzard and you’ve got a story about a coach who escaped from a concentration camp.” 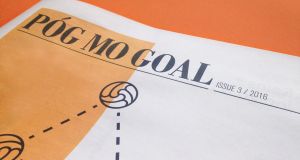 Póg mo Goal: “Sometimes when you say you’re a football fan, people kind of just assume you go down to the bookies or you read the Sun and you’re not very cultured.”

The late Stuart Hall wasn’t kidding when he described as “pretty horrendous” the difficulties of bringing together the words “popular” and “culture”. Hall, a leading theorist on British culture, did not mean that “pop culture” was horrendous (stand back, Adele fans), but rather that the two words were ambiguous, complex and contentious. Anyone who tries to define and dissect what they mean in tandem is in for a tough time.

Well warned but carrying on regardless, this is the first in a series of articles called Modern Tribes, which looks at particular sections of today’s “pop culture” The aim is not to be definitive, but to suggest certain ideas that might resonate outside the scope of these pieces. There is a central concern: that what we buy, what we eat, what we wear, how we work and how we share it all with others dominates how we construct our sense of identity.

The internet, globalisation and the media have all definitively changed the way in which this happens, and the people in this series – mostly young, often mobile, typically ultra-connected – are living out an experiment in how to survive and grow within this new environment.

This series will not judge how they do that. Instead, to quote Mark Grief: “It is meant to let people’s lives in – to show that the ludicrous can be studied, and, equally, that the serious and academic can be ludic, playful, ordinary.”

Perhaps no activity so neatly combines the ridiculous, the playful and the ordinary as football. As Eamon Dunphy will never tire of telling us, football is a simple game, no different on tenement streets than on the grand stage of the Maracanã. At the same time, it is open to near-endless refinement. You can lose yourself in statistics, diagrams, colourful dots on a whiteboard. Or you can keep an eye on it in the pub with your mates, reading the back pages like a gossip magazine that is more socially acceptable for boys to like.

As Brian Eno once said of ambient music, football rewards whatever level of attention you wish to give it.

Traditionally, the idea of belonging to a group of football fans would have had certain connotations – Green Street, Danny Dyer, lads’ mags. Today, things are different. You can get hordes of fans paying good money to a live event with the Second Captains podcast or to a live recording of the Guardian’s Football Weekly podcastin Vicar Street.

Simon Conway, a veteran music promoter behind the Football Weekly events in Dublin as well as many other football-related events, says that being “in the know” is a key motivation for this new breed of fan.

“Everybody maybe wants to be seen as more informed,” he says. “I know among my mates, I can tell who is reading the Guardian because they’re making the same points about the same articles. We’re all like, ‘Did you read that, did you see that?’ Sometimes people are even quoting sentences out of Barney Ronay articles. Is that like quoting lyrics from Nirvana songs 20 years ago?”

Conway points to the foundation of the Blizzard as a pivotal moment in the rise of what might be called the “football hipster”. This independent magazine, now up to 21 issues, combines high-quality print and design with in-depth articles about football and the culture surrounding it. For many Blizzard readers, football is just the first step on the way to reading about coaching theories, design systems, the history of the game, and its politics.

“Maybe you’re not interested in history or politics per se. But you’re reading the Blizzard and you’ve got a story about a coach who escaped from a concentration camp,” says Conway. “Or you’re reading about Jonathan Wilson going to the African Cup of Nations and you’re hearing about what’s going on in Zambia. Those things are a backdrop to the stories, so it’s an interesting way to read about the world which might be exhausting if you were to go through the front page of the paper.”

The Blizzard was also on Kie Carew’s mind when he and his brother decided to start Póg Mo Goal, an art-directed print magazine with articles focused on the design, architecture and history of football. For Carew, a graphic designer by trade, the magazine is evidence of the different ways people can express their appreciation for the sport, through and beyond football itself.

“Sometimes when you say you’re a football fan, people kind of just assume you go down to the bookies or you read the Sun and you’re not very cultured,” he says. “With the internet the way it is now, you can show you actually are a cultured person who is in to football, but also stadium architecture or illustration. The internet really allows that exploration of football culture as a culture of its own.”

At the same time, Carew has become a regular attendee of Bohemians games at Dublin’s Dalymount Park. He says the immediacy, the excitement in the terraces and the sense of community are hard to beat.

“People go to the cinema because it’s a shared experience, and people go to football games in the same way. It seems like it’s a cliche answer to say that it makes me feel like I am part of the community, but in a way it has. It probably does define you. The way you dress, what you talk about, your haircut, tattoos. That would lead into a sense of identity as well.

“The guys who dress in Adidas Gazelles and go to games rocking that kind of hooligan look, they’re definitely doing it for the other men in the crowd. They’re peacocking, I suppose.”

Michael Dickson has witnessed this “peacocking” firsthand: He spent the past five years selling fashionable football apparel to discerning fans from his now-closed Casa Rebelde shop in Dublin’s Temple Bar. While enthusiastic about the more “intellectual” elements creeping into the culture, he sometimes observes a disconnect between desire for the game’s paraphernalia and a commitment to the game itself.

“You look at things like the magazines, and the events that Simon is doing, and then you look at attendances at League of Ireland games – it doesn’t add up,” he says.

Dickson is head of the Dublin supporters group for the German club St Pauli FC, known for their passionate fans, and he says the club draws worldwide attention because people want to be part of the committed, diverse (and proudly left-wing) community the club has built around itself.

“We have people paying big money in the executive boxes, spending all the game looking at the Ultras section and filming,” says Dickson. “It’s for their displays, the atmosphere, as if to say look at me, I’m part of this.”

This contrasts completely with the spectacular world of the Premier League, where fans are, in the words of Bayern Munich president Uli Hoeness, “milked” for every penny.

It is against the background of Sky Sports Super Sundays and €100 million transfers that fans now try to find what they’ve always looked for in football – camaraderie, a shared experience, a sense of belonging. They want to see themselves reflected in the game. Whether they turn out for local league games, read about Bolivian five-a-side or drown in tactics blogs, the statement is always the same: “Look at me, I’m part of this.”

Monday Hygge and the marketing of comfort: What it tells us about home-making and the performance of happiness today

Tuesday Digital Bohemians: The creative industries in Ireland, and the changing face of the Irish emigration tradition

Wednesday Toxic Masculinity: How the internet has affected the way young men perform their masculinity in social and cultural context