A recently published memoir is an account of a life, and community, steeped in music 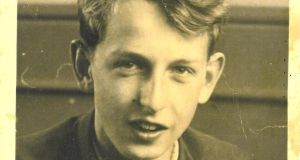 Memoirs, like memories, are subject to the usual vagaries of life. Often selective, romantic, self-aggrandising and sometimes downright fictionalised, they serve as many purposes as an author’s ego dictates.

A recently published memoir by Offaly accordionist Paddy O’Brien certainly plays hostage to sentiment at times, but it’s a colourful and often compelling evocation of a life consumed by music, and by the sense of community that underscored it.

O’Brien, who was TG4 Traditional Composer of the Year in 2012, has a particular love of clan marches. Unlike many tunes written in the traditional idiom, O’Brien’s compositions often slide outside the shapes normally associated with the accordion. His musical contours betray the key influence of fiddles and flutes, instruments that made a deep impression on his listening from an early age.

Intriguingly, O’Brien describes the experience of embarking on his memoirs as akin to getting acquainted with his family all over again. O’Brien, long a resident of Saint Paul, Minnesota, admits The Road from Castlebarnagh is shot through with a warm sentimentality bred of distance.

“This feeling of getting to know my family all over again manifested itself in the images as they came to me as I wrote”, O’Brien says, as he describes the unexpected ease with which his memoir took shape. “When I’m playing the music, I see images of different people, different landscapes and situations where I was when I got a tune. It was like going home again – into the past. It was remarkable, although it brought on a certain amount of home sickness as well.”

O’Brien’s writing is at its best in his recollection of the transformative impact of radio on rural Ireland back in the 1950s.

“The radio introduced Ireland to its own culture in many ways,” O’Brien says. “It introduced us to musicians from all parts of Ireland. We didn’t know there was so much great music being played by people like Paddy Canny or Mrs Crotty, who became popular through the radio. We were being informed from week to passing week. It was great.”

“We hadn’t been aware of the magic that was within the boundaries of our own country, in terms of music and set dancing, and so on,” he says.

As a composer, O’Brien quickly came to an understanding of the value of a good tune title. “Sometimes it’s a great tune, played well with great feeling, like Joe Cooley playing Last Night’s Fun . Everyone remembers last night’s fun. The name and the sound of tunes are tied together forever.”

O’Brien’s recollection of the All-Ireland fleadh cheoils is rapt with detail of individual musicians and musical ensembles that transformed his own conception of what was musically possible within the tradition. The merits of competition within the world of traditional arts aside, O’Brien recognised the key social benefit that the fleadh ceoil culture bestowed on his and subsequent generations.

“It gave a lot of musicians, young and old, something to play for. Musicians banded together and travelled miles for the céilí band competitions, and it wasn’t for the value of the prizes, because there was no money. But attitudes have changed. I used to love to play to win, because the band competition gave us all a chance to perfect the idea of playing together, but I don’t see any great purpose in [competition] now. Still, you have to recognise that getting feeling and expression in the music with six or seven musicians playing together is not that easy. It’s much easier to do that on a solo basis.”

The magical impact of the accordion, O’Brien’s chosen instrument, is richly evoked in his memoir.

From the moment he, as an eight-year-old boy, laid eyes and ears on the instrument, he was hooked. “I loved the sound of it,” he says, “and the tone of it. I’d never heard anything like it before. I thought it looked great, too: the bellows going in and out, and the colours of the ribs. I was fascinated by it from the moment I saw it. And you know, you can find notes on the accordion, whereas you have to make notes on a fiddle.”

The accordion has had its own share of detractors over the years but O’Brien is sanguine about the negative press sometimes associated with his beloved instrument.

“From time to time I was in the company of ‘purist-type’ musicians but I always got along with them. They sympathised with me, even if they weren’t particularly gratified by the accordion itself. Buying a pint for someone goes a long way.”


The Road from Castlebarnagh by Paddy O’Brien is published by Orpen Press. Orpenpress. com