The rise and rise of New Zealand teen Lorde has put the focus back on proper teen pop. Jim Carroll goes in search of pop’s brightest young things 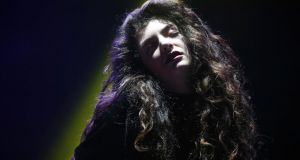 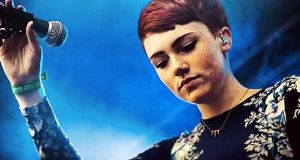 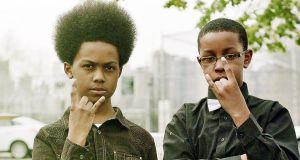 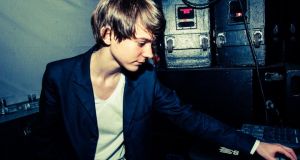 Pop music and teens go together like bread and jam. In every decade and at every turn of the cultural wheel, pop and teens have been inseparable, two entities joined together at the hip.

Be it svengalis and impresarios putting pretty boys and girls together to make teenage girls and/or boys scream and shout, or – better still – teens latching onto pop culture straws in the wind before anyone else, pop has had a long, fruitful and fascinating teen fixation.

Of course, teen culture existed long before rock’n’roll came along, as Jon Savage points out in his book Teenager: The Creation of Youth Culture. But it took the post-second World War advertising industry to realise that teens had cash to spend and were a eager market waiting to be exploited.

Money plus teens plus pop-culture knick-knacks was a recipe for profit and success. It’s a formula which still holds today, even if, to the chagrin of some in the audience, One Direction posters and T-shirts have replaced vinyl records.

But matters were always destined to become far more interesting when teens turned their hands to making pop music of their own volition. Here’s where you get to ignore the calculated output of manufactured teen bands so beloved of TV talent shows and record labels desperate for hits and the next big thing. Forget those focus-group attempts to produce a teen-friendly sound. There’s much more fun to be had focusing on those teens making pop music for the simple, giddy, visceral thrill of it all.

Down the years, there have many of these assertive teens, and the back-catalogues are full of such efforts, both storied and unknown. More often than not, the talking point was the music more than the age in brackets after the name. From Stevie Wonder cutting loose with Uptight or Fingertips to Adele arriving as the finished article with 19, teen pop has covered a lot of bases through the years.

Right now, it appears as if teens making good music are everywhere. Here in Ireland, there has been a rash of teenage acts making waves in the past 12 months. Most readers will already have come across the leaders of the pack in the shape of Cavan rock’n’roll/r’n’b revivalists The Strypes or the idiosyncratic Derry singer-songwriter Soak.

But there’s also the likes of intriguing Limerick band the Bleeding Heart Pigeons and hugely impressive Co Donegal singer-songwriter Rosie Carney. All of the above acts have already attracted considerable attention not because of their age, but because of the quality of the material they’re producing.

Worldwide, you also come across many examples of teenagers at work. Nineteen-year old Howard Lawrence is one-half of Disclosure, the duo behind one of the albums of the year in Settle. There’s also French electronic music producer Madeon, Adam Kaye from rising UK house duo Bondax, the outrageous Unlocking the Truth (three New York 13-year-olds playing fierce, hard-ass metal) and the excellent Chloe Howl, the 17-year-old singer you can expect to see on a lot of Sound of 2014 lists.

That so many teens like Disclosure, Bondax and Madeon are making electronic music is no accident. Put technological advances with digital natives and you’ve a natural match. When kids are raised with laptops, tablets and smartphones as the norm, you can expect many teens to use those devices to produce music.

The poster-girl for teen pop right now, though, is 16-year-old Ella Yelich-O’Connor, better known as Lorde. Over the last few months, the New Zealander has found ubiquity status thanks to the infectious Royals from her Love Club EP.

That EP was originally available as a free online download a year ago and is now hitting the top of the sales charts worldwide (she’s the youngest number-one solo act in the United States since Tiffany 25 years ago). Lorde’s early success is unlikely to be a flash in the pan as there’s a clatter of similarly hooky and kooky songs on her forthcoming debut album Pure Heroine.

What’s interesting about Lorde, aside from the sophistication and panache of the songs, is that she worked on her music for a number of years before it was ever released. Initially spotted by a record-label scout doing a cover version of Duffy’s Warwick Avenue at a school concert as a 12-year-old, Lorde spurned the label’s idea of recording and releasing covers in favour of concentrating on her own material.

Indeed, the label and Lorde’s approach to artistic and creative development may be one worth studying. Instead of music being a full-time pursuit with the attendant pressure to achieve early success, Lorde continued to go to school and recorded music during her school holidays. It was, she has said, something she could do on the side, while she got on with the normal job of growing up and being a teenager.

“The music was something that not that many of my friends really knew about,” she said. “I’ve actually had a really normal time of it, and I like to think that lots of artists should have experiences like mine.

“I think about all those Disney stars who have had breakdowns and I feel like it happens because from when they’re very young kids, they have all these restrictions in place. They can’t do any of the things normal teenagers can do and therefore they feel stifled – so when they get to an age when they do have control, they take it too far.”

While there’s a co-writer and producer on board in the shape of experienced Auckland musician Joel Little, Lorde’s lyrics are hers and hers alone, and here’s where the magic lies. She sings about stuff that connects with her peers without pretence or artifice. Lorde knows what the weight of her words are worth and it’s her lyrical craft and descriptive nous which marks her out right now as an act with possible long-run potential.

But therein lies the rub when it comes to teen acts, because we’re dealing with cases of what may be or could be. There are countless examples of young acts who came to the fore, burned brightly for an instant and then faded away into obscurity, unable or unwilling to produce that magic again.

Many just didn’t have the wherewithal to sustain the creativity after the initial spark, but many others simply grew up and decided that the music which turned them on as a 16-year-old was not for them as a 26-year-old.

Others decided that the bonds they had formed with their bandmates as teenagers did not last into their 20s or 30s. In many cases, what motivates someone in their teenage years may not necessarily be of interest a decade later. You may think that you’ll always want to play a certain kind of music, but that may not turn out to be the case when you get out of your teenage years.

Then, there’s also the fact that only a handful of acts can consistently create the same magic which was initially came so easily. Not everyone can be the 19-year-old Kate Bush creating an instant classic like Wuthering Heights and fewer still can be a captivating artist 35 years later like Bush. Perhaps the fact that Bush has released just 10 albums over this period is telling, as she resisted pressure to speed things up to keep track with how the music industry liked to work. The number of successful artists who can withstand such pressure is small.

The audience too can change. As every musical act knows only too well, audiences are the most fickle element of all – even more fickle than the music industry – and can ditch their preference for acts on a whim. The teenage band who charm all and sundry at the start of their career (by virtue of novelty or talent) may find themselves cast off when another, newer model comes along.

It’s a lot to take in and consider when you’re a teen with a massive hit like Lorde is at present. But as we’ve seen, she’s done the groundwork and her sound, with its nods to pop, indie, dance, hip-hop and rock, is perfect for these times. For now, the bigger questions about sustainability and long-term careers can wait. Lorde is a teenager with a smash record and we hope she’s having the time of her life.