Irish concert repertoire only scratches the surface of our musical heritage 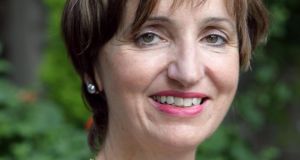 The 1742 premiere of Handel’s Messiah is a red letter day in the history of music in Dublin. The occasion is celebrated every year by Our Lady’s Choral Society near the site of the first performance on Fishamble Street. John Field is the city’s major musical son: his nocturnes are part of every Irish pianist’s education, and leading Irish players have recorded his work.

Thomas Moore’s Irish Melodies, which began publication in 1808, made the poet and musician the rage of Europe, although he didn’t actually write the accompaniments – John Stevenson did. The venture was calculated to piggy-back on the success of the folk-song arrangements that Scottish publisher George Thomson had commissioned from Haydn, Beethoven and others.

Three 19th-century operas, Balfe’s The Bohemian Girl, Wallace’s Maritana and Benedict’s The Lily of Killarney, are celebrated as the “Irish Ring”, even though one of the composers, Benedict, was German, and the works were originally bracketed together as the “English Ring”. No matter. The connection highlights that two of the most successful 19th-century composers of opera in English were Irishmen. And the arrangements of Irish airs made by Belfast’s Herbert Hughes early in the 20th century are perennial favourites with Irish audiences.

What I’ve just outlined is the part of our musical heritage that the average music lover or casual concert-goer is most likely to encounter in the concert life of the country. I’m shocked by how limited it is.

If you dig a little bit deeper, things do look a little better. The Ulster Orchestra has recorded the orchestral music of Hamilton Harty (who was principal conductor of the London Symphony Orchestra and the Hallé Orchestra in Manchester, a leading advocate of Berlioz, and one of the men credited with turning the skills of piano accompaniment into the speciality it is today), and the symphonies and rhapsodies of Dubliner Charles Villiers Stanford, as well as works by Englishman Arnold Bax, whose spiritual identification with Ireland was intense, and EJ Moeran, an English man of Irish extraction who died in Kerry.

The RTÉ NSO and the RTÉ CO have both recorded works from the Irish Ring. The NSO also recorded Stanford’s Requiem and one of his piano concertos, and the then RTÉ Vanbrugh Quartet brought out a number of recordings of his chamber music. Pianist Una Hunt has been doing sterling work in unearthing the music of Limerick’s George Alexander Osborne and others. Anthony Byrne recorded piano music by Tralee composer Arthur O’Leary, who studied in Leipzig, and met Mendelssohn and Robert and Clara Schumann.

Mícheál O’Rourke has recorded piano music by Michele Esposito, the Italian composer, pianist and activist who was central to Dublin’s musical life in the decades around 1900, and his violin and cello sonatas were recently taken up by Mia Cooper, William Butt and Lance Coburn. The world of the Irish harp, which straddles the divide between classical and traditional, was notably explored in the 20th century by the late Gráinne Yeats, and more recently, with very different results, by Ann Heymann, Siobhán Armstrong and Andrew Lawrence-King.

But the fact remains that opportunities to experience the broad spectrum of Ireland’s musical heritage are very limited. Give a very broad smile if you know much about music that was being written and performed in Ireland in the 19th century, as opposed to being written and performed by Irishmen abroad. Give an even broader smile if you know much about the music listed in Brian Boydell’s A Dublin Music Calendar, 1700-1760. Or if you can name more than a handful of the 280 Irish operas that Axel Klein has estimated were written between 1780 and 1925.

At a concert in the Royal Chapel of Dublin Castle on Friday by Ensemble Marsyas under Peter Whelan, the programme was called The First Irish Symphonies, and it was built around the fact that the Flemish violinist and composer Pierre Van Maldere (1729-1768) was director of the Philharmonic Concerts in Dublin from 1751 to 1753.

Van Maldere’s worklist includes operas, chamber music and symphonies, of which 42 have survived. Musicologist Willy van Rompaey believes that his earliest symphonies date from his time in Dublin, and Whelan’s programme presented them in the context of other works that might have been heard in the Dublin of the time: concertos by Handel, Vivaldi and Geminiani (who died in Dublin in 1762), as well as one of Bach’s violin concertos (unlikely to have been heard in mid-18th-century Ireland) and an overture by Heinichen, which exploits the horns that are a feature of Van Maldere’s Dublin works. Expert horn players, it seems, were in good supply in mid-18th-century Dublin.

The first Irish symphonies are quite attractive pieces. Whelan chose symphonies in C and G, works with melodic charm, wit, and, in these performances, crescendos calculated to generate real heat.

It would be idle to pretend that they rivalled the works by Bach (the A minor Violin Concerto with Cecilia Bernardini a characterful soloist), Handel (the Concerto Grosso in G, Op 6 No. 1), or Geminiani (the Concerto Grosso he arranged from Corelli’s great violin sonata, La Follia). The evening’s other two works highlighted the horns, the Overture in F by Heinichen full of perilous, high-wire writing (from which the players emerged metaphorically bruised), and a much more amenable concerto (in F, RV539) by Vivaldi.

The kind of musicological digging that Whelan has undertaken has been rather easier for the past 12 months or so, since the publication of the two-volume Encyclopaedia of Music in Ireland under the editorship of Harry White and Barra Boydell. The encyclopaedia’s 1,200 pages bring together in one place a range of information that, even in the internet age, would have been hard to track down before the book was published.

And Beethoven’s Irish connection got a new lease of life earlier this year, when the DIT Conservatory of Music and Drama published a four-CD set, Beethoven’s Irish Songs Revisited. The twist in the “Revisited” is that Tomás Ó Súilleabháin’s choice of texts has been followed. Ó Súilleabháin believed that it was the quality of the texts that got in the way of the popularity of Beethoven’s arrangements, and he chose to substitute poems by Thomas Moore and Robert Burns.

I wouldn’t subscribe to this belief. I’m not sure Beethoven’s best concentration was focused on the task. Either way, the 72 songs on the set provide a useful picture of the work of the conservatory in the early 21st century, with the performing task divided between a large number of performers from the staff, students and alumni.