How Music Works: A big old-school recording studio in a digital world

In How Music Works, Niall Byrne talks to Irish people who make a living in the music industry. This week: Niall McMonagle of Windmill Lane Recording Studios 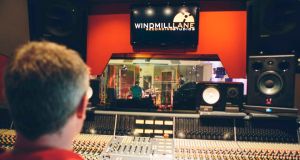 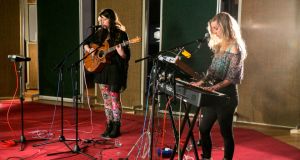 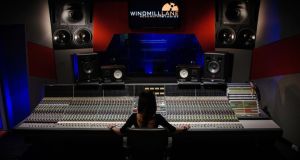 “It was two or three on a Sunday morning. He came in for two or three hours. He had his guitar, that ten billion dollar Telecaster that has played on so many hit records. He was working on all these ideas and then he picked four notes out of a song. 'Hear that there, what's that? Now loop that around.' He built up a whole song around that and everyone was like 'oh my god, that is incredible.'”

That is Niall McMonagle, the studio manager of Windmill Lane Recording Studios' recounting the time that Chic's Nile Rodgers brought his musical magic to the Dublin studio, one of the most respected recording studios in Ireland. Rodgers came in to record at short notice and everyone present, including McMonagle, found it hard to maintain an air of professionalism. “Everyone had Roger Rabbit eyes watching him but we were trying to keep it cool.”

Over the years Windmill Lane has seen many performers of his calibre. The studio has a rich heritage that is embedded in the recordings and histories of some of the most famous musicians. Dubbed the ‘U2 Studio’, it originally opened at Hanover Quay in 1978 and was used by the likes of Van Morrison, Sinéad O'Connor, Elvis Costello, The Waterboys, Kate Bush, and of course, the first three U2 albums that gave the studio its reputation that lead to it being a Mecca for the band's fans.

The facilities moved in 1989 to Ringsend Road where it currently resides as a home for three recording studios, with the audio and music technology-centred Pulse College on the middle floor between the studios.

Pulse moved its operations from Camden Street to Ringsend Road about seven years ago, securing the site from its previous famous owner Van Morrison, who was using the facilities for his own private use.

“This is a hotel room, anyone can book it,” says McMonagle. “You don't have to be Nile Rodgers to come in here.”

On the top floor is the pinnacle of Windmill's offering. Studio One is a large live room with one side surrounded by fabric with a low-ceiling suitable for most recordings and a higher-ceiling on the other side of the room with more reflective surface for a lively sound. Studio One is one of the few studios in Ireland and can easily house a 60-piece orchestra. A Steinway piano that has been played by many hall of famers still resides in the room.

Despite being used by REM, David Bowie, Norah Jones, Lady Gaga, Ed Sheeran and Kylie, the era of month-long recording sessions are no longer viable in the music industry. Bands used to go in to a studio to write and record an album but these days, they are more likely to demo it at home or in a smaller studio before coming to record in a place like Windmill Lane.

If a big act is coming in to record, it'll likely be for a shorter time – a day or so. Ed Sheeran did some recording there over the summer during his Croke Park dates, recording vocals for his just-released Rudimental collaboration.

“He used Studio Two as the big room was booked up,” says McMonagle. Other musicians who recently booked the space include Ben Folds, Travis Oaks, Hothouse Flowers and the film director John Carney, who recorded the soundtrack of his upcoming movie Sing Street.

Lately, Studio One has been utilised for the Windmill Sessions, a weekly online show made with the Irish Independent and broadcast on TG4. It has featured 52 artists and 117 songs so far from established players like Paul Brady, Declan O'Rourke, and Sharon Shannon up to newer bands like The Strypes, Lethal Dialect, Le Galaxie, and Kodaline.

“Because of where we are, we can offer great sound quality,” points out McMonagle. “We still make sure they do it all live, there's no tracking, no fixing, no overdubs, no autotune, no editing – what goes in, goes out. It's halfway between a recording studio and a Jools Holland type thing.”

Windmill manages to maintain its commercial operations by having Pulse College in the same building utilising its space. It has been largely a symbiotic relationship. As we're talking, one of the Pulse students wanders up to the studio looking to play the Steinway.

I don't know whether the studio would still be here if the college wasn't here,” says McMonagle. “The college has grown and grown. Studios everywhere are closing down. The college has kept us keep the commercial studios open but this place has helped the college grow because people want to come and learn at Windmill Lane, it has a brand and an association.”

McMonagle says the level of students applying for a course has improved dramatically thanks to prior exposure to audio recording software, like Ableton, Logic or Garageband. Often, the students will have played with the digital version of a module before they get their hands on the real thing.

“Sometimes they blow your mind with the work they submit after being here for six months or a year. On your laptop, you can have more power than the Beatles or Queen ever had recording in Abbey Road or wherever and that raises the standard.”

It was that reputation that brought McMonagle there too. Having studied as a marine biologist and a computer programmer, an open day at Windmill Lane lead to him doing the course in Pulse before he was offered a job and eventually, worked his way up to studio manager.

Studio One – the Mecca

A day in Studio One isn't cheap. At €800 per day, a band or artist have to be sure they know what they're getting but it's not always the case.

“You do get bands who come in and think, 'Well it’s Windmill Lane, they'll sort everything, it'll be great',” explains McMonagle. The studio doesn't provide backline (typically drums and amps) unless requested but sometimes, the thing lacking is with the musician and their instrument. McMonagle might tell a guitarist that their instrument isn't intonated properly. If they respond with 'what do you mean not intonated?' then he can't really fix it with studio trickery.

“As an engineer, my job is to record them and if they sound shit, then yeah we can do all the tips, tricks and whizzbangs but that's not money well spent for the band, because you're hiring a big room like this for me to sit down at a computer.”

“Then again, we do get bands who come in and do it all live. The more experienced bands who know what a studio is about are more armed and the young new bands can be a bit boggle-eyed by the whole thing.”

In the console room of Studio One lies the not-so-secret weapon for recording. The Neve VR Legend, a large-scale analogue recording desk with 72 channels and hundreds of knobs is at the heart and soul of the studio's recording operations since the studio started at Hanover Quay.

“Everything comes through the Neve desk.” explains McMonagle of Studio One's recording process. “Everything is all digital now but we do put the recording through the desk so we get that lovely analogue warmth and grittiness.”

The Neve is not without its problems. It's an old piece of equipment that needs constant care and maintenance. Channels need to be replaced. Knobs get stuck. Parts need to be oiled. It is kept turned on at all times and it heats up during intensive use, requiring air conditioning around the clock.

“It's when the stuff under the bonnet goes wrong that it can be a showstopper,” McMonagle recounts. “Last August, the whole desk started to create a hum across everything. There's a guy we use from Dublin and he came down and had a look. We flew a guy over from Scotland who is a former Neve staff member too. The two of them were scratching their heads but eventually fixed it but they'd no idea how exactly.

“That happened right in the middle of a big session but the client, who shall remain nameless, was really cool about it. They had their own studio in America with an old desk so they understood it can happen.”

Despite the hazards of using old equipment, McMonagle says the Neve is what makes recording in Windmill Studio One so special.

“I always had a sound in my head that I was looking for, from records I had listened to over the years,” he explains. “I came down here and played some stuff I was working on and I realised it was the Neve sound that I was looking for. When you put a great band in the live room and open up the desk and it's like 'Hallelujah!', the hairs on the back of the neck stick up.”