‘Horrid’ music: The dark side of the concert hall

The idea that classical music ought to be ‘nice’ has gained an alarming currency. Thank goodness, then, for ‘uneasy listening’ numbers performed at the Summer Baroque Festival 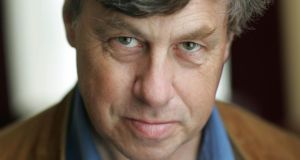 Henry Purcell’s opera Dido and Aeneas was performed on Sunday by Denmark’s Theatre of Voices with the National Chamber Choir under Paul Hillier (above). Photograph: Frank Miller

Can you name a composer who described his own music as “horrid”? We live in a world where classical music is often portrayed as relaxing, and in a country where the major radio outlet for classical music, RTÉ Lyric FM, has branded itself as part of that culture. Back in 2006, the station issued a compilation CD, Escape . . . with Drivetime Classics, which sold itself as “the ideal collection for anyone who wants to relax and escape the routine, even if you are stuck in a tailback on the M50”.

It was in fact an RTÉ presenter who alerted me to the scale of the problem. She was introducing Bartok’s Miraculous Mandarin, a work – the composer called it a pantomime rather than a ballet – with a fairy-tale gruesome scenario based on a story by Melchior Lengyel.

Here is Bartok’s summary: “In a sordid den three ruffians compel a pretty girl to lure men into her shabby room where they can be robbed. The first victim is a down-at-heels gentleman; the second, a shy boy, is not worth much more. But the third is a rich Mandarin. A good catch. The girl entertains him with her dancing and arouses his desire which changes into a passion for her. But she finds him repulsive. The ruffians attack him, rob him and then try to smother him under a blanket, thrust a sword through his body and hang him. But in vain; they cannot vanquish him and the Mandarin continues to stare at the girl with desire. Finally the female instinct overcomes her and the girl gives in to the Mandarin’s desire. Only then does he collapse on the ground and die.”

The first production, in Cologne in 1926, was shut down after a single performance by the city’s mayor, Konrad Adenauer, the man who would go on to become chancellor of West Germany. A 1931 Budapest staging was cancelled after the dress rehearsal, and the piece was never seen in Hungary during the composer’s lifetime.

The RTÉ announcer restricted herself to the sketchiest details, and wrapped up by wondering who would want to be thinking about such things. Well, probably everyone who watches Love/Hate or The Sopranos, or who’s ever been to Macbeth or Hamlet, or read a serious novel.

Give yourself to the dark side
The idea that dark emotions are to be avoided in the concert hall, that classical music ought to be “nice” has an alarming currency. And there’s the concomitant paradox that there are people happy to have the wits scared out of them by the music of Penderecki when they hear it in Stanley Kubrick’s horror film The Shining, who shy away from the same kind of experience from an orchestral performance.

Get the context and delivery right and the music may well explain itself. I came across quite a few people who would normally have regarded Schoenberg with something approaching fear, yet who were fully engaged by Daniel Barenboim’s coupling of his orchestral works with the piano concertos of Beethoven (this was in a series with the Dresden Staatskapelle that travelled around Europe). Their engagement was as much with the Schoenberg as with the Beethoven. And there are those famous programmes that Maurizio Pollini has been playing for decades, coupling sonatas by Beethoven and Boulez. Easy listening, of course, is not usually what Barenboim and Pollini offer.

The big easy
Where did that easy-listening perspective on classical music come from? Muzak? The BBC, via Your 100 Best Tunes, or Music While You Work? Or radio itself, which first created the possibility of music as a background? No matter. Easy listening was never an issue for the man who wrote the “horrid” music, Henry Purcell, who needed it for a scene with witches and Furies in his opera Dido and Aeneas.

The opera was performed on Sunday by Denmark’s Theatre of Voices with the National Chamber Choir under Paul Hillier, as the culmination of a four-day Summer Baroque Festival, a new venture promoted by the choir in Dublin’s Pepper Canister Church. The opera’s big number, Dido’s Lament, When I am Laid in Earth, was firmly, affectingly sung by Norwegian mezzo soprano Kristin Mulders. The other standout was the incisive Sorceress of counter-tenor (and NCC member) Mark Chambers. The choir were in spirited full-voice. The small instrumental ensemble, led by Jesenka Balic Zunic, sounded altogether too mild by comparison.

The festival’s opening programme also included Purcell, his 1683 ode for St Cecilia’s Day, Welcome to all the pleasures, and the dramatic song In guilty night. The composer’s fondness for chromaticism also set the tone for selections by Vivaldi, Boismortier and Bruhns, with Vivaldi’s Gloria clearing the air after the interval.

The choir was given a rest on Friday for a performance of François Couperin’s Trois Leçons de Ténèbres, Holy Week settings of the Lamentations of Jeremiah for voices and continuo. Soprano Else Torp and mezzo Kristin Mulders steered clear of the music’s full expressive depth and concentrated instead on sheerness of beauty – both have voices of such purity that they could almost afford to do so.

The weakest programme was Saturday’s, bringing together a selection of motets by Gesualdo, Verdi’s Ave Maria, three harpsichord sonatas by Domenico Scarlatti and that composer’s Stabat Mater. Danish harpsichordist Allan Rasmussen’s handling of the three sonatas was studiously insipid, and the choir’s blend failed them in the Stabat Mater, to the point where they sounded like a vocal ensemble with individual voices protruding rather than a choir. The singing in the Gesualdo and Verdi was also less than persuasive.

The programme book was a let-down, costing €5 for biographies, sung texts and a bare list of the music, but no notes of any sort. However, the idea behind the festival is excellent, the timing is right – Dublin is extremely short of classical-music festivals of any kind – the repertoire available is huge, and Paul Hillier, the choir’s artistic director, has a long track-record in early music. Onwards and upwards.