Songwriter says men should ‘get over’ any embarrassment surrounding check ups 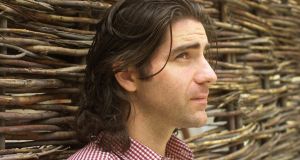 ‘If we get one listener today who goes ‘you know what I’ve a bit of blood for a while, I’m a wee bit worried maybe I should go get checked’... Lads, go get checked,’ Brian Kennedy told Matt Cooper on Today FM. Photograph: Frank Miller/The Irish Times

Singer songwriter Brian Kennedy has revealed that he has been diagnosed with rectal cancer and is currently undergoing chemotherapy and radiation.

Speaking to Matt Cooper on Today FM’s The Last Word Friday evening, he disclosed: “What I have is called rectal cancer. I said to my doctor ‘could I get a more embarrassing version of this disease — cancer in my bum, really?’ but at the same time he immediately pointed out that there are a lot of worse places to get this disease.”

He said he was speaking about his diagnosis to encourage other men to check out any signs of health problems.

“If I can be frank for purposes of clarity, last year I had some blood downstairs as I was going to the loo and a year ago that was just piles, I’m nearly 50 and things are changing, my doctor diagnosed that immediately. I did a course of pessaries and things and gone, absolutely clear and gone, all good.

“This time around in July, one night, I suddenly had a lot of blood and I thought to myself that’s not normal. I took myself to the doctor the next day and he gave me a full rectal exam. He showed me his finger and said ‘look, that’s what I want to see; completely clear, you are absolutely fine, there is nothing wrong with you’.”

Although there were no other symptoms, Kennedy said that due to his eldest brother being diagnosed with pancreatic cancer, it had been in the back of his mind, so he requested a further examination in the form of a colonoscopy.

“I had some sedation and when coming around on the bed the doctor told me I had a tumour in my rectum... I nearly died. I was lying on that bed thinking ‘I have a tumour’.”

Grateful for the early diagnosis, he urged listeners not to turn off the interview.

“This is really important which is why I’m on your show today,” he told Cooper. “If you have even a grain of doubt, just get it checked. I went to my GP he gave me a clean bill of health and I wasn’t. I could have gone home happy, or gone on tour and a year later, or two years later, that tumour would have grown and grown. I caught it early. I’m incredibly lucky.”

Speaking about the process from diagnosis to treatment, Kennedy explained: “You then have a meeting and they’re trying to explain it to you. He said ‘what I suggest is we do five or six weeks of radiation but in the first week and last week we do chemo’ which is what I’m doing.”

He underwent further tests and said: “The MRI, thank god, showed that all my other organs are completely clear. I’ve got nothing anywhere else.”

He said for the last two weeks he had been having radiation for ten minutes every day. “You do not feel a thing.”

Emphasising the need to talk about the disease, he said: “If the universe was given anybody the ability to talk to men about cancer up their bum, you chose very well universe. I’m Brian Kennedy and I’m not afraid to talk about this stuff.

“If we get one listener today who goes ‘you know what I’ve a bit of blood for a while, I’m a wee bit worried maybe I should go get checked’... Lads, go get checked!

“It’s embarrassing for one minute when the doctor puts his finger in your bum. Get over it.”

Kennedy said he had another two weeks of radiation before his my fifth and final week of chemo. “I’m booked in for my follow up colonoscopy in November but certainly by the end of September my treatment will be done.”