From Whelan’s to worldwide: the rise of James Vincent McMorrow

In the How Music Works series, Niall Byrne talks to people about their work in music. This week, Ken Allen, label owner and manager with Faction Records on building James Vincent McMorrow’s career, and the problems facing the Irish music industry 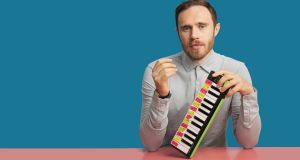 James Vincent McMorrow. His new album We Move is out on September 2nd 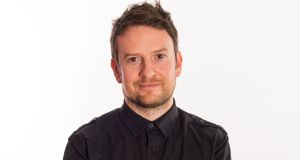 Ken Allen: ‘Where is the support for labels? If I had access to €10,000 in funding, I could pay for a PR in the UK or I could tour support a band in Europe’

It might be coming to the end of the summer but Ken Allen hasn’t been slowing down to suit the season. If anything, he’s cranking it up. The label owner and manager of Faction Records has been co-ordinating the September 2nd worldwide release of We Move, the third album from his most prominent artist, James Vincent McMorrow.

There’s track premieres to schedule with BBC Radio One’s Annie Mac and Beats 1 Radio’s Zane Lowe, support acts for tour dates to announce, tour budgets to confirm, lighting to sort, marketing of the record to put in place, ads to approve, all while making sure each label cog in the album’s worldwide release is where it should be.

On any given day, Allen might be talking to the label reps who release McMorrow in different territories: Faction in Ireland, Believe Recordings in the UK, Caroline in the US, Dine Alone in Canada and Due Process in Australia. Faction also counts Jape and Pleasure Beach as acts on its roster.

As both McMorrow’s manager and Irish label boss, Allen is in charge of the record. It’s a far cry from his time as A&R scout for UK label Polydor where he had little signing power back in the mid-noughties.

“I remember one time I was at an A&R meeting where we all had to play a few bits and pieces,” Allen recalls. “One guy was playing the Libertines, for example. It came around to me and I played Damien Dempsey It’s All Good and the whole room stopped and stared at me as if they were saying ‘What the hell is this?’ ”

Allen went on to start Faction because there was no one repping those Irish artists he felt strongly about. Having worked in the promotions department of Hot Press, running showcases and band competitions, he had established a good contact base, which led to the A&R position. A label was a natural progression.

“I thought, why don’t I put something out and start working it rather than being the guy whose going to the gigs, chatting to the band. As the A&R, if the label boss gets on the plane and doesn’t like them, there’s nothing much you can do.”

After releasing a Faction Records compilation, singles and EPs, Allen moved his business into management too, including negotiating Malahide indie-rockers Director’s deal with Atlantic Records for their debut album in 2006.

“The acts I was releasing were very early in their career, they didn’t have an management and I felt Ireland is a small market, so I started doing that side too. I was already doing everything else to promote the record.”

The beginning of McMorrow

Around eight years ago, the promoter Derek Nally passed Allen a demo of McMorrow’s that piqued his interest and he went to see a show in Whelan’s.

“There was some industry interest early on,” Allen remembers. “He didn’t do too many gigs. I started working with him around that time. He did a publishing deal early on and that gave him some funds to make a record.”

McMorrow and Allen talked to some major labels about releasing his debut album but ultimately decided to make the record at home.

“You have to sit down with your artist and get a sense of where they want to go. That can change over time but it’s important to know. Music is obviously a business but it’s built on artists at the end of the day. So when you talk to some of the majors, it can be very corporate, talking of releasing product and show dates but ultimately, they are talking about people who have to travel and perform every night.”

McMorrow’s 2010 debut Early In The Morning became a slow-burning success that picked up plaudits, fans and prompted labels such as Vagrant and Believe to release it in other countries.

“The thing about that record, every time he did a piece of promotion, we saw a reaction,” Allen says. ‘You could tell there was something going on with it. It wasn’t a hype record; it consistently sold well all the way through and then developed into something bigger when the worldwide deals take hold.”

McMorrow’s music has proven very suitable for synchronisation for film, ads and TV, which came with payments that enabled further promotion.

“Some artists are unsure about sync but we looked at it and realised that this bit of sync would pay for us to go to America and tour so it was always cashflow lifeblood to the business.”

Knowing when to say no and stay away

As a manager, a big part of Allen’s role is knowing what information needs to be relayed by the artist and what to say no to. A good manager operates as a filter and a shield and knows when to step away.

“The thing about James in the early days, and any new artist, is that you’re trying to get any press you can; to create a story and get a foothold in the market, so you’re totally scrambling and your instinct is to say yes to everything.

“Where as when you’re on you’re second or third album campaign and more established, you can put more strategy in place. It’s more important what you say no to than yes in that case.”

Production on We Move is by Nineteen85 (Drake, dvsn), a recommendation that came through McMorrow’s publisher. “We arranged it with 85’s manager that he would go see James’ show in Toronto. They got to hang out afterwards and started their own relationship. That’s the thing with the manager sometimes, you have to get out of the way of the creative conversations and then you come in when you meed to tidy up paperwork or whatever.”

Allen has managed McMorrow’s career from small shows in Whelan’s right up to two recent shows at the Sydney Opera House. He believes McMorrow can “move up another level” and for his own career ambitions, that he’d like to have a number of bands doing well internationally.

“When I started off, the dream was having a band play the Olympia. Then I had to stop myself once when I had a band playing there and I was on my emails talking about another gig that was happening in the UK. I love the excitement of building a new act. When Pleasure Beach sold out the Workman’s earlier this year that was delightful as people were responding.”

Faction is one of the few independent Irish labels currently in operation in Ireland’s music industry, which Allen suggests could be helped by funding, particularly to break acts internationally.

“I can count on one hand the amount of managers. There are barely any labels – you need that around it to build an industry. All the mistakes you make putting out records, make you a better professional in the longer term. There needs to be more funding because the domestic market is so small, we need more funding to break acts internationally. Culture Ireland mainly deal with artists. Where is the support for labels? If I had access to €10,000 in funding, I could pay for a PR in the UK or I could tour support a band in the UK or Europe, for example.”

Despite the pitfalls and difficulty of being an Irish label in a global industry, Allen couldn’t imagine doing anything else.“I do it because I love it. That’s my real motivation behind it. It is a tough, tough business. You see people dip their toe in it for a year or two and then disappear because it’s very tough. Any act who has had any success means they and their team around them has worked their ass off to get there.”

Tony Slattery: Something happened when I was very young. A priest. I was eight
4

Fintan O’Toole: Bono at 60 – Why is Ireland so ambivalent about its most famous son?
Real news has value SUBSCRIBE