Eurovision: one good vote deserves another

Of the 41 countries Ireland has voted for since 2009, 39 have returned the favour 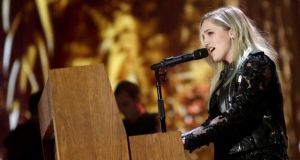 Ireland’s entry in Eurovision 2015, Molly Sterling, takes to the stage this evening in the second semi-final at the Wiener Stadthalle arena, Vienna.

Rather conveniently, the Tipperary singer will perform a song called Playing with Numbers. Looking at the numbers when it comes to how Ireland has fared in recent times, a pattern of reciprocal voting emerges – the countries which Ireland votes for generally return the favour.

The problem here is that it’s unlikely to deliver a victory. 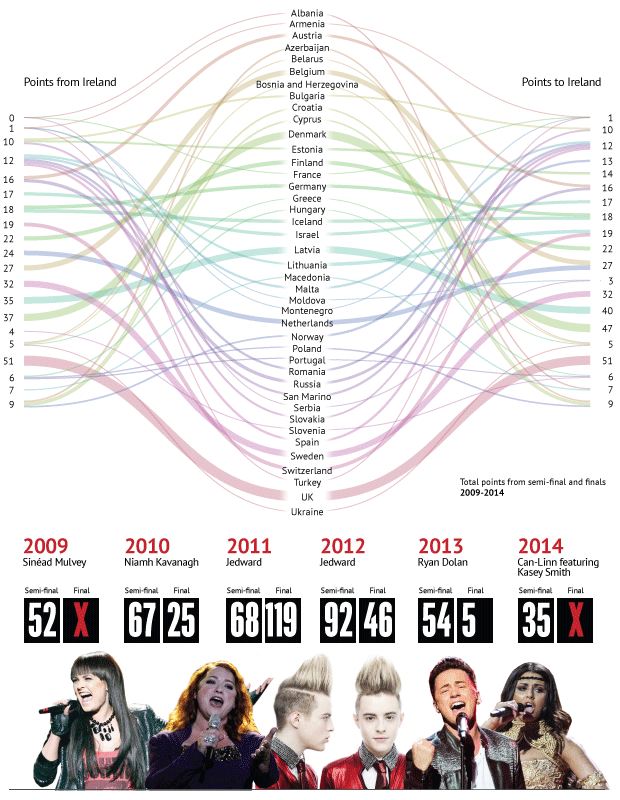 Since 2009, the first year Ireland performed in the semi-final stages - which were introduced in 2006 - Ireland has voted for 41 countries in semi-finals and finals, and received votes from 38 of those countries. Only Albania, France and Serbia failed to get a vote from Ireland.

Garnering big points – 10 or the max 12 – has been in short supply, especially in the finals. Since 2009, Ireland has only secured three maximums courtesy of some of the usual friendly suspects. In 2010, the UK, Denmark and Sweden gave 12 points while Finland and Latvia each gave 10. In 2011, only one country gave Ireland double-digit points: the UK.