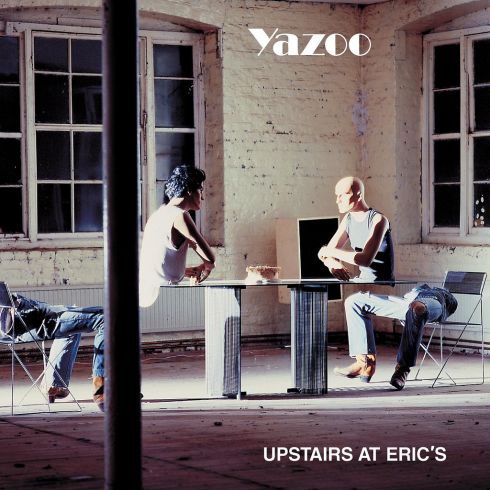 Vince Clarke tasted instant success upon the release of Depeche Mode’s debut album Speak & Spell in 1981. The three hit singles including Just Can’t Get Enough were his compositions. Their rise was rapid and life in the fast lane beckoned, but before the year was out, he had quit the band and retreated home to Basildon in Essex.

It takes some courage to jump ship at a time when the fun was only starting, but Clarke had other ideas about how best to move forward.

Early in 1982 he responded to an advert in Melody Maker looking to form a “rootsy blues band”. The synthesiser dreams he had in mind were definitely not rootsy but he had an inkling that the advertiser, Alison Moyet, would be the perfect fit for his electronic soul vision.

Like Clarke, Moyet was only 21 but she was already a veteran of the post-punk pub circuit in Basildon. Her hugely expressive voice harnessed exactly the kind of emotional power that Clarke was looking for. They recorded Only You on their first night together in the studio. Within a matter of weeks they were on Top of the Pops. Yazoo was born. The next step was to record a follow-up single. There’s an urgency to Don’t Go. It races out of the blocks, like something that needed to be said in a hurry.

The uncluttered charm of Clarke and Moyet’s debut stems from this unusual but intriguing combination at the heart of their sound. There’s a naivety to it and a few clumsy moments, but it still ranks as a benchmark recording in the evolution of electronic pop and dance music. They brought new depth and a whole lot of soul to the game.

Yazoo lasted just a little over a year, splitting after the release of the excellent follow-up, You and Me Both. The chemistry they had was not meant to last. There’s pathos and beauty in the brevity of their tenure.

Why am I singing an old Labi Siffre song into my iPad? It must be love

‘I took friends to the woods or docks, then asked if they thought I would make a good murderer’

‘Do you think humans will ever walk on the sun?’: The best of Yahoo Answers

‘I’m still proud of it’: Parminder Nagra on Bend It Like Beckham and pushing the envelope

‘It is not clean work to take away my lone defenceless wife’: The killing of Bridget Noble

Adopt an endangered Irish word and become a guardian of Gaeilge