Klein was known as the man who broke up the Beatles and robbed the Stones. Was there more to it than that? 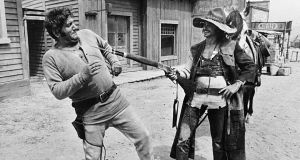 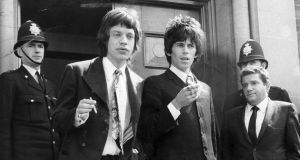 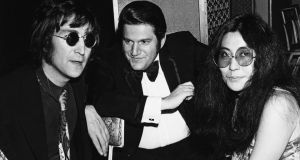 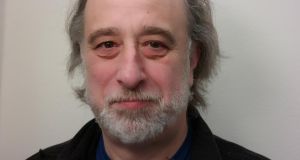 There have always been rock and pop managers who hogged the limelight as much as their charges: Col Parker, Peter Grant, Albert Grossman, Malcolm McLaren and Lou Pearlman spring to mind. From the beginning, the music business attracted backroom characters who were as notorious, infamous, canny and colourful as any act that prowled a stage.

Then there was Allen Klein. When it came to bad-ass managers, Klein was the man you wanted on your side, especially if you were an artist who believed your label or your publisher owed you money. To those on the other side of the table, the New York accountant’s forensic audits and streetwise, hard-as-nails negotiation tactics were not so attractive.

Klein’s rep brought clients such as Sam Cooke, Phil Spector, the Dave Clarke Five, the Kinks and the Animals his way, but it was his business engagements with the Rolling Stones and the Beatles that made him notorious.

Klein was hired by both acts to sort out their business affairs, but he inveigled his way into the heart of each operation. He ended up owning the copyright to the Stones’ early albums and was accused by many of accelerating the break-up of the Beatles.

When Fred Goodman started working on his biography of Klein, that was all he knew. “I grew up a time when the Beatles and the Rolling Stones were at their peak, and like all fans of the bands, you heard about Allen Klein and it was never anything good. He was the snake in the garden of Eden [these stories went]; he broke up the Beatles and robbed the Stones.”

An astute, experienced music business journalist and author, Goodman sometimes came across stories about Klein on his beat. “Over the years, you notice a link between him and all these bands and you think, He couldn’t have scammed everybody, could he?” he says, laughing. “Why did people come to this guy?”

A few years ago, Klein’s son Jody approached Goodman about writing a book about Allen, who died in 2009. Goodman was given access to Klein’s archives – “It was an offer you couldn’t refuse: do you want to run through the Beatles’ and Rolling Stones’ contracts?” – as well as complete editorial control.

The first stop was a warehouse in New Jersey containing the Klein archive.

“I don’t think I wrote for the first 15 months; I just literally sat and read. It was kind of overwhelming. He was probably involved in more than 70 law suits in his lifetime, so imagine the paperwork.

“I went through it all, picked out the Beatles and Stones and Sam Cooke stuff, the important stuff, the stuff where he was doing things which were different or groundbreaking that we should talk about. The key deals.”

The book is an engrossing and entertaining story of a man who transformed how the rock’n’roll business operates. Klein certainly helped bands out – he often unearthed a pot of gold for bands who had signed contracts in desperation or naivety – but his accounting was also good news for Allen Klein Inc (or ABKCO, the company he set up).

Klein’s eureka moment was a recognition of a power-shift in the business. Instead of the labels holding all the power, he realised it was actually the artists – aided by someone such as Klein, of course – who were the kings.

“He’s magnificent at first – you hear that story a lot,” says Goodman of Klein’s methods. “If you’re a young band, Allen is going to ask what you want. If it’s 1964 and you’re 21, 22 years of age, you’re going to think of the biggest number you can and go, ‘I want a million dollars’. And he will say he’ll get you a million dollars.

“But if you’re someone’s financial manager, what you should say is, ‘That’s the wrong thing to ask for’. What you want is control of your career and to know where your money is. However sympathetic I am to the guy, ask me if I want him as my financial manager. No. I’d love to have him as a friend and adviser, but not as the guy who is handling my money.”

Goodman starts his tale with Klein’s upbringing in Depression-era Newark, New Jersey. His mother died when he was less than a year old, and his father sent the Klein to live in an orphanage aged four. According to Goodman, success for Klein came down to having the things he had missed as a child: companionship, a sense of worth and power over his own life.

“That’s where all the abandonment issues came from, and those crazy stories about him making people come with him on planes because he didn’t want to go anywhere alone,” says Goodman.

“But he’s also very savvy and recognises this has a certain romantic cachet, and he uses it on women and artists. Part of it is real and part of it is something he can use to sell himself. The guy is brilliant. He was an intimidator, but he’d be ridiculously well prepared. He came in and acted like a prick and a bully, but he knew his stuff. He was ready.”

Like everyone else, it was the thought of getting paid more cash that attracted the Stones and the Beatles. “Allen’s got me more money, real money in the bank, than I’ve ever had,” John Lennon told a journalist in 1970.

Lennon was particularly enamoured with Klein, although Paul McCartney was much more circumspect. “Lennon thought Klein would be his financial advocate and protector,” says Goodman. “There’s nothing I’ve read or come across that makes me feel that he didn’t feel that way for at least two or three years of working with Klein.

“Even after they lose the law suit to McCartney, the other three stay with Klein. What is that? It’s ‘We think McCartney is wrong’. They don’t feel they’re being ripped off. Why do they leave Klein? They leave him because he can’t bring himself to admit McCartney beat him. He can’t admit he has lost. That was the man’s strength and weakness: he never admitted defeat.”

That case with McCartney, where the Beatle sought to legally break up the group to free them of Klein’s influence, took four years to settle. Meanwhile, the Stones would mount more than a decade of litigation against Klein in an effort to claw back ownership of their 1960s music. But long after giving up his hold on the band themselves, he kept control of their recordings. As Goodman writes, “Allen Klein wasn’t their business manager – he was their partner. Forever.”

Klein’s his heyday eventually came to a close and he never again managed a roster of prominent musicians. Instead, he produced spaghetti westerns, the Concert for Bangladesh and Broadway shows, and spent two months in prison for tax evasion.

“If you’ve lost the Beatles and the Rolling Stones, the question becomes why are people leaving you,” says Goodman. “People can see what he is doing, the record industry cotton on to it and start to pass him by. His own success makes him passé and his own failures damn him because people begin to avoid him.

“He is a rogue and a rascal and there are things he does that he should not do, but his empowerment of artists is the thing that tends to get overlooked. At the time when no one is advocating for artists, he is the guy going to labels and asking why are they making dollars when the artists make pennies.

“Look at what is going on in the business now and what is happening with Taylor Swift, and the times do cry out for someone like Klein who’s going to find a way to put his foot down and his hand in the gears.”