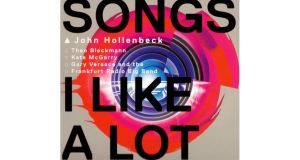 Drummer John Hollenbeck steps out from behind his kit and flexes his considerable composer and arranger muscles on this eclectic, very approachable mixtape of Americana, hardcore jazz and left-field bizarreness, commissioned by the well regarded Frankfurt Radio Big Band. Hollenbeck is a thoughtful musician who has developed his distinctive voice over a series of such projects. There’s something precise, almost austere, about the way he marshals the ensemble, creating tightly wound arrangements of songs such as Jimmy Webb’s Wichita Lineman, Ornette Coleman’s All My Life and even Queen’s Bicycle Race. But there’s playfulness here as well, and fine playing from a group that includes pianist Gary Versace and saxophonist Julian Arguelles. Vocalists Theo Bleckmann and Kate McGarry carry the tunes. johnhollenbeck.com