Throwing a Punch in Ireland's direction

By 1914, the influential political magazine 'Punch' was running half of its cartoons on Irish political themes - but it had developed a grudging acceptance of the inevitability of Home Rule

A close up of a Punch cartoon from the era showing John Redmond as cupid.

The appointment of Conservative supporter Sir Owen Seaman as editor of the influential political magazine Punch in 1906 saw its editorial line shift gradually to the right, although he insisted he hoped it would remain non-partisan.

But Punch, which by 1914 was running a quarter of its cartoons on Irish political themes, was also to move to a grudging acceptance of the inevitability of Home Rule, tempered by its particular concern for the rights of unionists, and, of course, flavoured by a continuing patronising condescension in its cartoons to all things Irish that was earlier, in Victorian times, virulently racist. 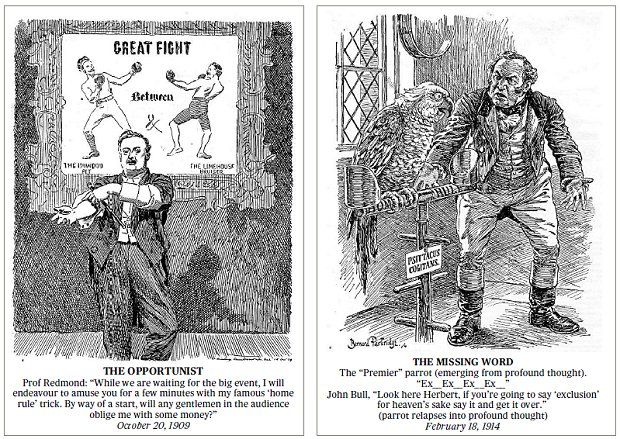 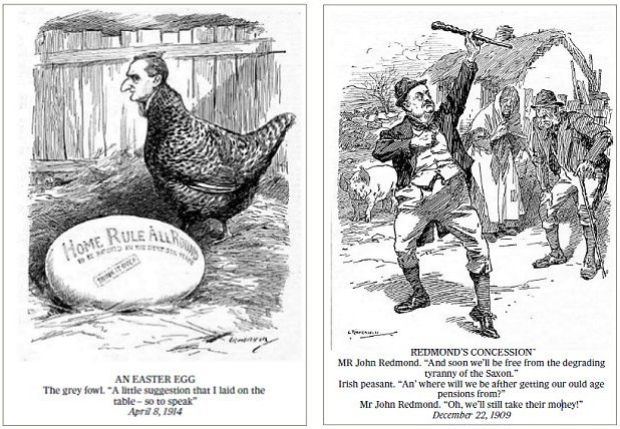 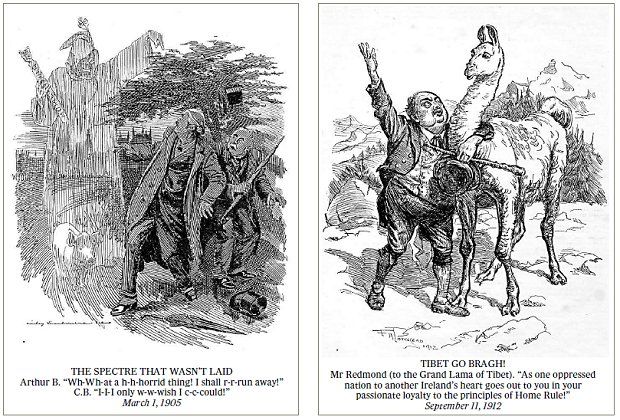 Although not inclined any more to portray the Irish with simian-like features, the depiction of John Redmond in the 1910s was largely of a stupid, bloated and feckless gombeen man, often with a pig in tow.

Edward Carson would get altogether more sympathetic treatment, as a personification of the Ulster resistance, although the magazine worried about his exhortations to violence. It would depict the mass signing of the Covenant in September with a cartoon captioned “Ulster will write!”

In the collection of cartoons in these pages we see, in a parody of the well-known Velasquez painting, featuring Redmond as Cupid, Tory leader Bonar Law cautioned to tone down his vehement opposition to Home Rule with the reminder that he has two general elections in which to make it an issue before Home Rule is implemented. Prime minister Asquith is encouraged to embrace the “exclusion” from the Bill of Ulster; while in 1905 the ghost of two previous Home Rule Bills haunts then Tory PM Arthur Balfour and Liberal leader Henry Campbell-Bannerman, soon to be his successor in No 10.

Ed Miliband: ‘You go from people hanging on your every word to people not giving a damn’