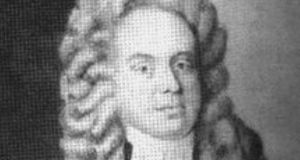 Law unto himself: Francis Cosby, known euphemistically as an “enforcer”, butchered the native Irish 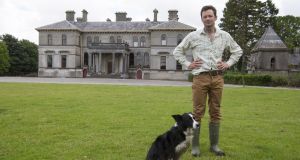 Lord of the manor: Thomas Cosby, the current owner of the Stradbally estate. Photograph: Alf Harvey/hrphoto.ie 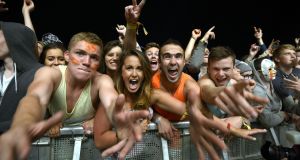 The musical acts playing at Electric Picnic will have to go some way in the debauchery stakes to rival the behaviour of the original occupant of the Stradbally estate, which the festival takes over this weekend.

Francis Cosby, who was born in 1510, was an English soldier and settler in Ireland. He was given the previous Franciscan religious house in Stradbally by Queen Elizabeth I in 1562, as a reward for his enthusiastic suppression of the natives.

Cosby’s entry in the Royal Irish Academy’s Dictionary of Irish Biography describes a life of cruelty,  deception and extreme  violence.

Cosby may not have known much about sex, drugs and rock’n’roll, but his real-life reign of terror makes Game of Thrones seem like a Walt Disney cartoon. Known euphemistically as an “enforcer”, Cosby was a law unto himself who terrorised and butchered the native Irish. He acted in his own best financial interests, and when he wasn’t just plain killing people he was swindling, blackmailing and double-crossing them.

When his descendent Thomas Cosby, the current owner of the Stradbally estate, hands over the land to Electric Picnic for the weekend he does so secure in the knowledge that whatever the 50,000-plus punters get up to will still be in the ha’penny place compared with his ancestor’s transgressions.

Originally from Nottingham, Francis Cosby proved himself a prolific slayer of the Irish in the battles around the Pale. He was commended back at court and given ownership of the “suppressed abbey at Stradbally”, in what was then known as Queen’s County. He also became governor of Portlaoise.

A peace summit was called in Mullamast, in Co Kildare. But when 70 or so of Ó Mórdha’s men turned up Cosby’s forces killed them, in an event that became known as the Massacre of Mullamast.

Such were Cosby’s dastardly ways that Queen Elizabeth I twice ordered his dismissal. But he remained in place, and the terror he instilled even in his own men perhaps led to his downfall.

In 1580 Cosby was on campaign against Irish rebel forces in Wicklow, an encounter that became known as the Battle of Glenmalure. It is believed that Cosby was killed by his own men during the battle, and his body was taken as a trophy by Ó Mórdha’s brother-in-law, whose sister Cosby’s men had killed.

Cosby was buried in the hills above Glenmalure, at Black Knobs. The Irish folk song Follow Me Up to Carlow, commemorates the Battle of Glenmalure.

Stradbally Hall and the adjoining estate have remained within the Cosby family. They vacated it only once during the 18th century, when they briefly moved to Bristol. Notes from the family at the time had it that “not all us liking England”.

Over the years the Cosbys of Stradbally have produced admirals, soldiers, politicians and diplomats. When Pole Cosby (1703-66) inherited the estate he set about being an “improving” landowner. In 1741 alone 13,835 trees were planted. His frenzied work on the estate meant he ran up a debt of £6,000 – three times his annual income.

His children threatened to take legal action to protect their inheritance, and it is now believed that Pole Cosby suffered from a debilitating mental illness. His son Dudley, who became ambassador to Denmark in 1765, was actually described as insane in diplomatic correspondence from the time.

Stradbally Hall has been rebuilt many times, mostly recently in 1860, by the noted architect Charles Lanyon, who favoured an Italianate style.

In more recent history The Irish Times noted the death, in 2008, at the age of 93, of Enid Elizabeth Cosby, who lived at Stradbally Hall for 70 years. The Laois Hunt Ball, one of the last large public dances to be held in a private house, was held at Stradbally for many years. So the tradition of hospitality to guests is nothing new.

In the 1990s Stradbally Hall became increasingly expensive to maintain, which is perhaps why the estate has been given over to Electric Picnic every year since 2004 .

When it rained, according to the Irish Times obituary of Enid Elizabeth Cosby, buckets had to be placed under the leaks in the big receptions rooms. Many paintings were sold, as were the emeralds.

The Stradbally Estate’s picaresque 454- year history makes it a perfect fit for a music festival. Still, even Electric Picnic must seem a bit tame compared with the adventures of yesteryear.

The aftermath: all the news and features from the best music and arts festival of the year

The Music Quiz: What was Shane MacGowan’s first band called?
7

Patrick Freyne on Christmas ads: ‘No one belongs on the naughty list.’ This should be big news
9