The life of O’Brian

An Irishman’s Diary on Patrick O’Brian, aka Richard Russ, who was born 100 years ago today 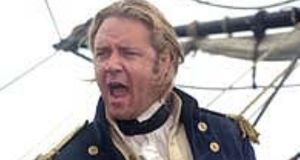 In Desolation Island, the fifth of Patrick O’Brian’s epic naval series, the ship surgeon Stephen Maturin ribs his friend, Capt Jack Aubrey, with what he claims to be an Irish proverb. “There is good to be found even in an Englishman” is how he translates the original (given as “Is minic Gall maith”). Then he adds drily: “It is not often used, however.”

The passage is typical of the relationship between the two main characters – affectionate, humorous, but tinged with mutual exasperation as a complex Catalan-Irish man of medicine and the bluff Aubrey, fighting sailor to the bone, negotiate each other at close quarters. And it was one of many details that for years led readers to assume an overlap between the fictional Maturin and the real O’Brian, who lived most of his writing career in French Catalonia and whose patronymic was taken to be authentically Hibernian.

In fact, as revealed towards the end of his life, only the Patrick was real. That was the middle name he was given when born in England, 100 years ago today, as Richard Russ. The German surname came courtesy of his father, the son of a Leipzig furrier.

It is sometimes suggested that, alongside Aubrey and Maturin, Patrick O’Brian was one of his own greatest creations. And yet, beyond changing his name by deed-poll in 1945, and dropping occasional red herrings in conversation, he did little to propagate the fiction. His main tactic for decades was to avoid interviews, a habit not uncommon among writers. It was his departure from this policy, when cooperating with a TV documentary in his 80s, that caused his cover to unravel.

In any case, after starting his literary career as Russ, it was as O’Brian that he became known, first for his biographies (of Picasso and the naturalist Joseph Banks) and translations (of de Beauvoir, among others), and finally for the Napoleonic-era novels that made his pretend name.

The sea saga was a late development – he was well into middle age when writing the first instalment, in 1969. And it took another 20 years before the series gained mainstream success. But the cult of the secretive Irishman was well established by 1998 when, a year after Trinity College honoured this supposed son of the diaspora with a doctorate, the Daily Telegraph revealed the dark secret of his Englishness (and other things) to a shocked world. Somehow, his popularity with readers appears to have survived. The books have long escaped the usual confines of naval adventure, and with their combination of meticulous period detail and brilliant storytelling, they continue to attract new readers who wouldn’t touch Horatio Hornblower with a bargepole.

They describe a fascinating period, from 1800 to just after the Battle of Waterloo. But like the research in general, the history is lightly worn. The books appeal beyond the anorak audience because of the quality of the writing and the warmth of the characters, not least their humour.

Central to this is the enduring friendship between the main characters, who survive personality clashes to play string duets together. It may be no coincidence that their many declared fans include Keith Richards, who has said they remind him of “Mick and me”.

Aubrey is the books’ obvious hero, as played in film by Russell Crowe. And yet, for most readers – even those neither Catalan nor Irish – the endlessly complicated ship surgeon is the real star.

Even Maturin’s politics are complex. He was in Paris for the Revolution, which at first inspired him, and he then joined the United Irishmen before distancing himself from the rebellion. Thereafter, his Catalan half drove him to hate Napoleon, although his involvement with the Royal Navy is essentially professional and he remains semi-detached from the military effort.

His surgery aside, he is a polylinguist, philosopher, and natural historian. One of the few sciences he doesn’t grasp well is sailing, allowing Aubrey to explain technical points to him (and the eavesdropping reader) without insulting anyone’s intelligence.

As well as his musical and scientific attributes, Maturin is a crack shot and was an accomplished underage hurler. But he is also an accident-prone opium addict, with a tendency to fall off ships.

Unlike his greatest creation, Patrick O’Brian did not have an Irish upbringing, and is unlikely ever to have hurled. He did, however, spend his final days in this country, courtesy of Trinity, which supplied a port during his last storm. Then, posthumously, he retraced WB Yeats’s final voyage, but in reverse. Having died in Ireland, he is buried in the south of France.