Irish Roots: Were there Irish slaves in Barbados? 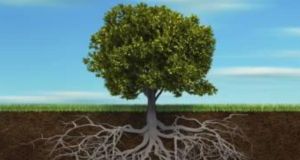 I recently had my knuckles rapped for a sentence about migration on the Irish Ancestors site (goo.gl/3ECtya): “In the seventeenth century, in the aftermath of the Cromwellian wars, substantial numbers of the most destitute were shipped as slaves to Barbados”. The problem was the word “slaves”.

There is no contesting the basic facts. The victorious Cromwellian Commonwealth practised vicious social hygiene, not just in Ireland, but throughout the three kingdoms. Vagrants, petty criminals, homeless orphans, and other victims of war were rounded up and shipped out against their wills to supply forced labour in the West Indies, Barbados in particular. The earliest historian of Barbados, Jill Sheppard, wrote: “by 1655 a total of 12,000 prisoners of war was alleged by the planters of Barbados to be employed by them, which would have represented nearly half the total white population”.

Were they slaves? The labour they did was slave labour, and their circumstances were much worse than those of the indentured workers who travelled at the same time and later, not least because indentured work, though often harsh, was voluntary and time-limited. Refusing to call them slaves is quibbling.

Does this make what happened to them the moral equivalent of the African slave trade? Absolutely not. African slaves taken across the Atlantic were pure chattels, unconditionally the property of their masters, with their children and children’s children also condemned secula seculorum. The noxious racism developed to justify the system puts the Puritans’ expedient sweeping of beaten opponents off the streets in the halfpenny place.

My knuckles were rapped for apparently supplying ammunition to the most recent white supremacist perversion of history: The Irish were the first slaves. We got over it. Black America should get over it.

This is so stupid it’s not worth arguing with. It’s certainly no reason to deny that a short, brutal episode of slave-export from these islands took place in the mid-17th century.