Guinness in the blood 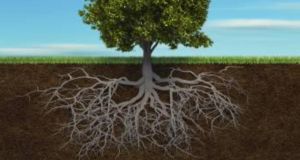 Unless you’re from Kerry or Donegal, last week’s All-Ireland football final was as dull as porridge. The half-time ads beat it hands-down. Proctor and Gamble, Aldi, McDonalds, AIB and SuperValu all competed to show just how Irish they are, every one of their commercials smothered in a lovely, buttery Oirish voice-over.

But the Guinness ad was genuinely something special. The film began with the actual process of brewing Guinness, while Cillian Murphy’s voice-over supplied only the bare minimum of PR guff. It then moved onto those behind the brewing, from barley farmers to coopers, telling us the number of generations each family had been involved. And to drive home the depth of their tradition, the tag-line hit a bull’s-eye: “We’re only 255 years into a 9,000 year lease. We have a lot of beer left to brew.”

Apart from the fact that I like the stuff (my lifetime supply can be forwarded care of The Irish Times), what struck me was that the ad was actually true. Anyone who has done research on a family with Guinness connections knows just how seriously the company takes its archives, in particular the records of its workers. At guinness-storehouse.com, they have a freely searchable database of more than 20,000 employee files, complete with (accurate!) birth-dates, spouse’s names, dates of joining and dates of death. And of course many of the jobs were passed down from father to son, so the site covers multiple generations.

The online information is only the start. Full personnel files, many dating from the 1850s and 1860s, often hold much more information, with the company’s extraordinary paternalism extending to medical, financial and other details. These files are available to personal visitors once the employee number is identified from the website.

The ad was obviously made, or commissioned, by someone with an understanding of the unique position of Guinness in Dublin.