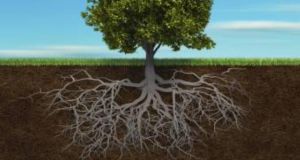 When I signed up for genealogy, I was expecting a quiet life. After all, the main field of operation comprises the dead, and it doesn’t come much quieter than that. But no. Over the past 10 years the internet has transformed Irish family history research. The peaceful, under-populated backwater it once was now sometimes seems like a classic example of hyper-competitive post-modern capitalism.

Like Dublin taxis, those trying to make a living from it appear to outnumber their potential customers. Giant multi-national corporations do battle to gain access to record collections that no-one had heard of a decade ago. Existing online record collections are continuously being expanded. More and more, volunteers are transcribing, scanning, recording, and publishing on-line.

The most oddly disheartening part of this transformation is the impossibility of keeping track of everything that might be relevant. I do this full-time, and even I can’t keep up. One example: Mount Jerome cemetery in Harold’s Cross in Dublin, Glasnevin’s Protestant southside twin, has been undertaking its own digitisation project, similar to Glasnevin&#8217;s and covering over a quarter of a million burials. But nothing of it is online as yet, so the cemetery went into the “pending” pigeonhole as a potential source. Then last week I came across Yvonne Russell’s extraordinary collection of Mount Jerome headstone transcripts and photos (bit.ly/1nbHKkm), almost 12,000 individual records and images. Yvonne has been doggedly doing this since 2008 and she just won’t stop. It’s an astonishing achievement.And I had never heard of it. It’s enough to make a grown genealogist weep.

But it is better to light even one very small candle than to curse the darkness. So I have put together a page that attempts to summarise what parts of the major Irish record sources are online and where. It’s at irishtimes.com/ancestor/ browse/online.htm. Tell me what’s missing.