Jews fleeing Hitler faced, in Dublin, a government that often saw them as an unwelcome burden, according to new research 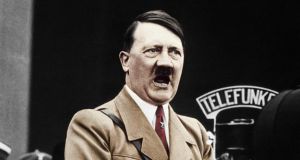 Anti-Semitism: as Hitler legalised the exclusion of Jews from German life, Irish civil servants warned ministers of policies that would create a “surplus” of Jews in Ireland. Photograph: Bettmann/Getty 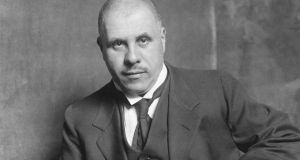 Ludwig Kopf: the German Jew “soon began to love” Ireland, which had “received him with such kindness”. Photograph: Deutsches Museum, Munich 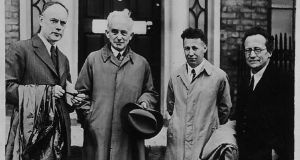 On July 17th, 1939, a balding man with an exotic accent moved into 65 Kenilworth Square, in Rathmines in Dublin. The 54-year-old professor of mathematics wrote to his friends in Germany – a country then perched on the brink of war – that he was living in a “very beautiful, very famous and very expensive corner of Europe”.

Ludwig Hopf from Nuremberg had been the first assistant to Albert Einstein, and even introduced him to the influential psychoanalyst Carl Jung. But Hopf’s own promising career in Aachen was cut short by the rise of the Nazis in 1933, when he faced accusations of being a communist and a “non-Aryan”.

Escape came for Hopf and his family in a specially created lecturing post at Trinity College Dublin.

After a complicated journey to Ireland his hopes for a new life here were cut short. In December 1939, after just five months in the country, he died suddenly. At his funeral Hopf was eulogised as a “friend of the great geniuses of his time – indeed, he was one of them” by his colleague Erwin Schrödinger.

“He soon began to love this country, which had received him with such kindness, and to love a people whose mentality he felt to be akin to his own,” Schrödinger, a physicist who himself had arrived just two months previously, to work at Éamon de Valera’s new Dublin Institute of Advanced Studies, went on.

Ludwig Hopf is just one of many people brought back to life alongside the better-known Schrödinger in a compelling new study – the first of its kind – of German-speaking refugees in Ireland during the Nazi era.

For most of those fleeing the expanding Nazi Reich, Ireland – given its location and low profile on the Continent – was not a preferred option. Not helping matters was how quickly Ireland of the welcomes rolled up the welcome mat when refugees appeared on our doorstep.

This study, cowritten by the University of Limerick academic Gisela Holfter, is a successful balancing act, putting Ireland’s chequered refugee story in the 1930s and 1940s in a national and international context, particularly the general suspicion in Dublin in those years towards anyone who might be a burden to the State, whether German Jew or returning Irish emigrant from the US.

Still, this general suspicion makes it no less shocking to read how official immigration policy was practised at the Free State’s legation in Berlin.

In April 1933, three months after Hitler’s rise to power, the head of the Irish mission, Leo McCauley, noted a rise in inquiries about travel from Jews living Germany, as well as from Jews of Polish nationality.

“As far as possible the legation has discouraged such persons from going to Ireland, as they are really only refugees: and it assumes that this line of action would be in accordance with the Department’s policy,” he wrote to Dublin.

It was, indeed, in line with policy of the department of external affairs. But, in a revealing aside, McCauley added that Jewish refugees had “to some extent . . . brought the trouble [on] themselves”.

Holfter’s troubling research casts the shadow of anti-Semitism beyond the Berlin legation’s now notorious diplomat Charles Bewley, demonstrating how the pen of an Irish diplomat or civil servant could give someone a future in Ireland – or withhold it from them.

Ours was a country where, as Hitler legalised the exclusion of Jews from German life, civil servants warned ministers of policies that would create a “surplus” of Jews in Ireland.

By 1936 the Department of Justice noted a rise in public protests against admitting Jews: the anti-Semitic policies of the blueshirts, the Irish Christian Front’s warnings of “alien penetration of Irish industries” and the Irish Catholic’s aside in January 1937 that “Hitler has many admirers among Irish Catholics”.

“It is hard to qualify, and quantify, such sweeping estimates as ‘many admirers’,” Dr Holfter notes, “though its appearance in a widely read Catholic paper tells its own story.”

And although Éamon de Valera sympathised with the Jewish community in Ireland, Holfter argues that he declined to “consistently throw his national and international weight behind a more receptive Irish refugee policy”, particularly towards Jews fleeing the Nazis.

This is a book filled with many painful what-ifs. Like what if the Jewish brothers Leo and Kurt Michel, who arrived in January 1934 after losing their jobs in the Rhineland, had been allowed to stay. After two months living with their aunt the Michels were sent back to Nazi Germany.

Of the German-speaking exiles who were allowed to stay the academics are the best known, especially the Vienna-born Schrödinger and his experimental cat. In 1942, three years after arriving, Schrödinger’s wife, Anny, wrote how her husband had become “unbelievably productive again” under the “ideal conditions” offered in Ireland. “That he was brought by a lucky coincidence in the right moment to this beautiful island – for that we can’t thank providence enough.”

Many other German-speaking academics enriched Ireland’s 1940s landscape, in particular at the Institute of Advanced Studies. Walter Heitler, a former assistant of Schrödinger, joined him in June 1941, while Leo Pollak, who had been born in Prague, made a tremendous contribution to the Irish Meteorological Service by pushing new techniques and more refined instruments.

Despite their limited numbers these German-speaking arrivals – academics, businesspeople, “ordinary” refugees – left their mark. As this newspaper noted in 1940, “The fact that we are one of the nations turned to for sanctuary in itself makes us proud but later on, when the influence of such men as these is fully felt, we will be not so much proud but grateful.”

Even Schrödinger, who left in 1956, noted that it was “almost shameful” how much peace he had to get on with his work in Ireland, a country that began as a place of exile and eventually became a sanctuary. He added sardonically, “Sometimes we would quietly say amongst ourselves: ‘We owe it to our Führer’.”

This important book is not about flattering the Irish by playing up the modest response to refugees’ pleas for help in the Nazi era. Instead it corrects the assumption that small numbers of arrivals meant a small effect, or that small numbers required little effort.

Even getting modest numbers of refugees into Ireland required huge effort by now-forgotten organisations, lobbyists and volunteers, particularly religious organisations and tireless figures such as Kathleen Huggard, who “more or less” adopted refugee children, as one remarked later.

Regardless of whether emigrants merely sat out the war here or stayed for life in Ireland, their lives, and our country, were changed. “I don’t want to paint Ireland as an amazing sanctuary when it clearly wasn’t,” says Holfter. “But to say no one was let in undermines all the efforts that were there, and which are often not recognised today.”

Her book, which she wrote with Horst Dickel, makes a compelling and timely case for widening and deepening the Irish historical narrative to include those who became part of our society during a time of crisis – and those who helped them.

“We have important annual events to remember the Holocaust, but for that we have the benefit of hindsight and history,” Holfter says. “It would be good if we could learn our lesson and become a bit more open to people in need today.”

An Irish Sanctuary: German-Speaking Refugees in Ireland 1933-1945, by Gisela Holfter and Horst Dickel, is published by De Gruyter, Oldenburg

‘I knew she was loved’: Nick Grimshaw on Caroline Flack and mental health
7

Can’t travel because of Covid-19? There’s always the inner journey
9