European cities can show Dublin how to unlock the potential of investing in nightlife. Night mayors are one of the first steps 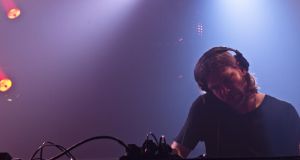 Berghain: Berlin’s clubbing mecca – home of DJ Marcel Dettmann, above – jostles with the Berlin Wall in terms of what the city is famed for in the eyes of younger generations. Photograph: Merlijn Hoek

On June 23rd Japan will pass a law to allow clubs in Tokyo to stay open until 5am. Its existing legislation dates back to its US occupation in 1948; current rules stipulate no dancing after midnight, and make club owners and DJs liable for prosecution. In contrast, Berlin’s 24-hour culture dates back to June 20th, 1949, when a hotelier, Heinz Zellermayer, implored Frank Howley, the US military governor, to abolish closing hours. It’s a city that rolls over or wakes up intact every morning.

Amsterdam recently hosted the first Night Mayor Summit. Under the tag line “A serious playground conference: combining knowledge and sharing experience on the night-time economy”, the city’s night mayor, Mirik Malin, who was appointed in 2014, invited speakers and guests to consider the value of this proposition.

The Dutch are spearheading the move to unlock night-time potential. The country has three full-time night mayors. Paris, Toulouse and Zurich have created similar positions.

In March London launched a Night Time Commission that, over six months, will look at how to protect and manage the night-time economy, which is worth £66 billion a year to the UK, employing 1.3 million people. A grassroots campaign, Nightlife Matters, was launched to protect the music scene in the city, which is under increasing threat from developers.

“We have a positive look at nightlife here,” Eberhaar Van Der Laan, the lord mayor of Amsterdam, told the conference. “It is about atmosphere over standpoints and how we can spread this to the outskirts.” He says that fostering a civic-minded mentality of “I rule the city myself” is key.

The approach has not been a free-for-all. A number of permits have been granted for 24-hour spaces, and how they develop will inform any further moves. The project is targeted at regenerating pockets of the city rather than at tackling perceived congestion in more central parts.

Carolien Gehrels of Arcadis, a design and consultancy firm, illustrated the impact that design can have. Lighting is crucial, whether that’s on bridges, bus shelters or something as inspiring as the cycle path created by the Dutch designer Daan Roosegaarde, which is illuminated with patterns based on Vincent van Gogh’s painting The Starry Night. “Streets are interactive: they have stories to tell,” she says. This means combining design on technology, safety and mobility, with human needs and desires considered on everything from public toilets and water stations to libraries.

Lutz Leichsenring represents the Club Commission in Berlin. Its remit covers the 30 million overnight stays there each year, 35 per cent of which are motivated by the city’s nightlife and music. If any city knows the value of the night, Berlin does: its infamous clubbing mecca Berghain easily jostles with the Berlin Wall in terms of what the city is famed for in the eyes of younger generations.

Leichsenring says that Berlin’s success is founded on the principle of it being organic and not franchised. “A city needs to be liveable for everyone, and the investment in space over the buying of creativity is central to this. We need to invest in our clubs in the same way cities invest in museums. Modern urban development is most agile from the bottom up.”

He derides the impact of anonymous hedge funds purchasing property with scant concern for the fabric of a city’s society. Current rules to combat this include placing an onus on developers to ensure buildings beside existing club spaces adhere to adequate sound protection.

The existing framing of a night-time-economy discussion in the context of Irish society is lagging well behind. “Extraordinary days and happening nights” is a tag line that Fáilte Ireland uses to promote Dublin to tourists. But it’s one that still requires fresh thinking and experiential considerations after midnight.

Any debate about what the night-time economy means is often stifled by some who think it’s just about enabling 24-hour party people. But this is a gross misunderstanding of the bigger picture.

Research for Dublin Town says Dublin’s north inner city needs to develop a night-time economy to compete with the southside scene. “People like the area during the day,” says Richard Guiney of Dublin Town, but it “lacks a night-time offering”.

As cities adapt to the new needs of a society where work and lifestyle habits are constantly changing, a new vision is need. As pointed out by one of the Night Mayor Summit speakers, a day is 12 hours of day and 12 of night. The vibrancy of the night can be a catalyst for positive social change. Addressing this progressively and inclusively will unlock many benefits for citizens and visitors. In Ireland it’s a canvas waiting for its first brush strokes and some star-studded imagination.