It might be dated in some ways, but this action/strategy number is still edgy and fun 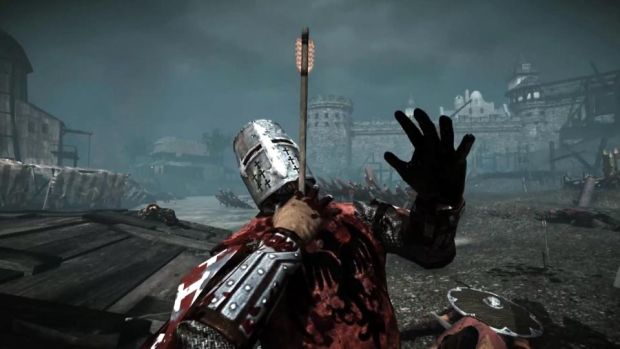 Chivalry is finally available for PS3, having already won hearts and thumbs among PC and Xbox 360 gamers. It’s a bloody, muddy affair, and one that tests your reactions and tactical skills as much as your poor soldiers.

This is “chivalry” in its original meaning, so the game is less about putting coats on puddles and more concerned with vicious skirmishes. It’s a strange hybrid of intense, first-person hack-and-slash, and real-time strategy. At first it’s cruelly difficult, with its frantic pace and complex combat. But as you learn to side-step, block and attack, it gets easier and more engaging. And there are tricks to learn; if you dodge an enemy attack at the right moment, he might stab a colleague.

As well as the combat, you have lists of commands you can give to the other knights. And you can choose what kind of fighter you want to be – knight, vanguard, man-at-arms or archer. A typical mission could be burning down enemy crops, defending your village, or a simple fight to the death between two teams. You can play single player or multiplayer with up to 12 players simultaneously online.

Chivalry has great pedigree, having been worked on by some of the Half Life team, but it is a rough diamond. The graphics are a little jagged and outdated, controller reaction time is infinitesimally (but noticeably) slower than in more modern games, and there are sound glitches.

The uneven presentation coupled with the complex gameplay make Chivalry an acquired taste. Once you do get a feel for it though, it’s compelling, immensely playable stuff. This is a brutal, gory, limb-lopping medieval war game that rewards both nimble fingers and quick thinking.