Review: She has all the talent she needs – a great voice, acting presence and comic timing 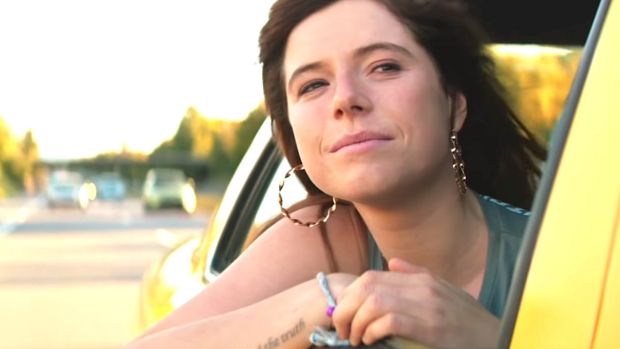 Wild Rose: To strain a musical analogy, the verse and choruses are strong, but the middle eight hits too many of the wrong notes.

Some films build themselves so determinedly around a central performance that you can’t imagine them existing without their star. Wild Rose is such an animal. Tom Harper’s fist-pumping Glaswegian crowd pleaser relies as heavily on Jessie Buckley – a Kerry woman whose time has come – as Top Hat did on the talents of Fred and Ginger.

There are many other things to admire in this tale of an ex-con with dreams of Nashville. Harper directs the domestic scenes with an accomplished ease that suggests Ken Loach in one of his lighter moods. Nicole Taylor’s screenplay finds a satisfactory way of extracting itself from apparently inescapable dead ends in the later stages. But this is all about the Buckster.

Famously a runner-up on the BBC’s I’d Do Anything, brilliant in the recent Beast, she proves herself to have everything you needed to be a star in 1948.

She has a flip way with screwball that allows her to hit all the beats without losing the sense of the line. She responds to cues from the actors around her. She has a voice that, as well as being technically strong, is good at telling the stories the big numbers in golden-age movies needed to be told.

There is more good news for Buckley. With musicals (or musically inclined films, anyway) taking more cash than at any point in the previous 50 years, she also has all you need to be a supernova in 2019.

The charm of Jessie and her supporting players – who wouldn’t fall for Julie Waters as a stalwart Scottish mum? – does much to distract from jarring problems at the film’s centre. To strain a musical analogy, the verse and choruses are strong, but the middle eight hits too many of the wrong notes.

We’ll get there in a bar or two.

The picture begins at a profane allegro with Rose-Lynn Harlan being released from prison and, after a rude shag in characteristically inhospitable Clydeside pasture, reuniting with her two kids and touching base at the local country music bar. (Rose-Lynn objects fervently to the term “country and western”.)

There then begins a tussle between our hero’s family obligations and her ambitions to pursue fame in Music City. The script allows Rose-Lynn to be just irresponsible enough to justify her nice, if bossy, mum’s disappointment – at least one opportunity is nearly scuppered by a bag o’ cans – but not so wretched that she loses our support.

Much of the film involves a negotiation between mother and daughter for a mutually agreed policy on an emotional two-state solution.

So far, so gritty. So far, so much mince and tatties. Then that middle eight.

The films clunks when it treats the admirable Bob Harris – the BBC DJ best known for The Old Grey Whistle Test – to the sort of celebrity cameo you’d expect from a 1970s sitcom. The characters worship him more than most real people are likely to worship Bob Harris in 2019 (John Peel might have worked 15 years ago). He is nicer than Jesus. He advises her to be her true self, to not give up, to live the dream and to blah, guff, blah-blah.

More damaging is the lengthy subplot that sees Susannah (the excellent Sophie Okonedo), a nice middle-class English lady, descend from the suburbs to grant Rose-Lynn’s career a patina of mock-Tudor respectability.

Let’s be fair. It’s good that the film has cast a person of colour in a role that would normally go to a white actor. It’s nice that, for once, the posh person doesn’t turn out to be a snobby monster.

But there remains an awkward sense that Susannah – whose dialogue exhibits none of the energy allowed the working-class characters – is here to set leafy order against Rose-Lynne’s inner-city chaos. Are we still doing that?

No matter. The train hurtles with such momentum to its satisfactory conclusion that there is scarcely time to worry about those stubborn infelicities. See it. Have fun. Come back in a month for the sing-along version.