A speculative media story has suggested a new documentary ‘might’ be banned under Ireland’s blasphemy laws. It won’t 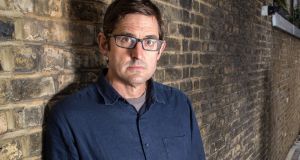 Louis Theroux, the mischievous British documentarian, tweeted: ‘Looks like My Sc’tology Movie won’t get an Irish release due to blasphemy laws’

A bizarre fog of rumour has clouded around the decision by Altitude Film Distribution not to release Louis Theroux’s My Scientology Movie in Irish cinemas. News organisations have suggested the distributor is concerned the documentary, which finds Theroux investigating that controversial “church”, may fall foul of the nation’s blasphemy laws. At least one newspaper argued that the film “could be banned in Ireland”.

In fact, any prosecution for blasphemy would be close to impossible. The Irish Film Classification Office has not refused certification on a theatrical release – the closest thing to a ban under the current legislation – in more than a decade and has not yet considered My Scientology Movie.

“It’s a non-issue for us. Because it hasn’t been submitted to us,” Ger Connolly, the Director of Film Classification, told The Irish Times. “This notion of being ‘banned’ in abstentia is ludicrous.”

Is blasphemy a consideration when issuing a certificate? “The opening line on our website states we believe the public should, within the law, be free to view what they choose,” Connolly says. “It would be wrong of me to say that we don’t consider it. It would be accurate to say it hasn’t arisen yet.”

The story says more about the dynamics of modern media than the state’s unsettled business with blasphemy law.

In May of this year, reporting on Altitude’s acquisition of My Scientology Movie at Cannes, the website Entertainment.ie (part-owned by The Irish Times) wondered if the Church of Scientology, a famously litigious organisation, might use the blasphemy laws to stop the release.

Last weekend, Graham Spurling, managing director of the Movies@ chain in Ireland, tweeted about rumours concerning the film’s possible suppression. “Regret that after much trying [My Scientology Movie] will not get an Irish release. Our blasphemy law to blame?” he said.

The Defamation Act 2009 defines an indictable criminal offence of “publication or utterance of blasphemous matter”. Conviction can result in a maximum fine of €25,000.

Phone calls to Altitude, the UK-based distributor of such admired films as Amy and Green Room, initially failed to generate any response. Eventually a gnomic statement arrived. “Altitude Film Distribution currently has no plans for a theatrical release of My Scientology Movie in Ireland, and has no further comment to make at this time,” it read. It is not unusual for British distributors to release films only in the UK.

Meanwhile, Louis Theroux, the mischievous British documentarian who has previously reported on such terrifying bodies as the Westboro Baptist Church, had retweeted a more recent report on Entertainment.ie. “Wow, bummer … Looks like My Sc’tology Movie won’t get an Irish release due to blasphemy laws,” he added.

Yet, to this point, there had been no formal confirmation from the distributor that they were concerned about blasphemy. The story reached an acme of absurdity when the Daily Star suggested: “My Scientology Movie Could Be Banned in Ireland due to Blasphemy Laws”.

The prestigious British magazine the New Statesman magazine then picked up the story. “Is Louis Theroux’s new film ‘banned’ in Ireland?” it asked (using giveaway inverted commas). It’s hard to ban a film that nobody is seeking to release.

Dr Neville Cox, associate professor of Law at Trinity College Dublin, told The Irish Times: “There are three reasons why the blasphemy laws are of no relevance here.” It is significant, he agrees, that the state does not define the Church of Scientology as a religion with charitable status.

“Secondly, for blasphemy it has to deal with issues held sacred by a religion and, thirdly, there is an exception within the blasphemy laws for something that is of literary, political, artistic or scientific merit. There is no way a documentary could not fall under that.”

In My Scientology Movie, Theroux works with Mark Rathbun, a former church official, to create dramatic reconstructions of alleged incidents involving David Miscavige, current leader of the Church of Scientology. The church responds by placing Theroux and his team under close surveillance.

Were those represented unhappy with their depictions then a potential action for libel would be of more concern than any attempted blasphemy conviction. A 2015 documentary on Scientology, Alex Gibney’s Going Clear, had its broadcast delayed on Sky TV due to concerns about the libel laws in Northern Ireland.

This week’s chatter has, however, focused almost exclusively on the blasphemy legislation. Professor Cox explains: “My view is the 2009 act fulfilled a constitutional obligation on the crime of blasphemy, but skilfully rendered the law completely unenforceable. I am not saying that was the intention.”

My Scientology Movie opens in the UK on October 7th. It will be broadcast on the BBC at a later date. The inflated controversy will do the film no harm at all.