We Are Your Friends review: Boogie Nights with big beats 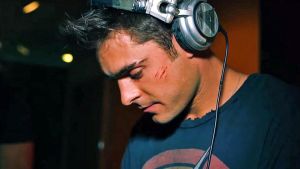 Film Title: We Are Your Friends

Is it mere coincidence that this modestly successful drama set among LA’s electronic music scene arrives in the same week as Straight Outta Compton? Black America does not get its due in mainstream cinema, but hip hop has (not least through the integration of rappers into the acting profession) certainly made an impression on the industry. Meanwhile, despite generating squillions from audiences of all races, the rave scene and its descendants have remained almost entirely invisible in movie theatres.

We Are Your Friends, starring an endlessly charming Zac Efron as a rising DJ from the San Fernando Valley, resembles nothing so much as one of Hollywood’s efforts to address surf culture 40 years ago. It is nowhere near the equal of John Milius’s great Big Wednesday, but there is that same sense of a hidden SoCal world being cautiously opened up. The oddity is that this particular hidden world went mainstream before Efron could walk.

Cole Carter (Efron) and his dissolute buddies spend their days asleep in the Valley and their nights cruising the clubs of the city. Cole is an electronic musician whose dancefloor bangers haven’t yet found that certain something. One night he shares a joint with a senior DJ (Wes Bentley) – who, like the older genius in A Star is Born, has turned to drink – and finds himself being pointed in unlikely new directions. Wes’s girlfriend (Emily Ratajkowski), a Stanford dropout, threatens to shatter the creative idyll.

Like Boogie Nights before it, We Are Your Friends is terrific on the everyday otherness of the Valley. Making his feature debut, Max Joseph, a documentarian and TV director, wastes no opportunity to wave his camera at this blistering, sprawling nowhere. Efron is convincing as a young man who fears the break may never come.

It is such a shame that the film falls back on the conservative traditions of the rock and jazz movie. A final crucial live performance – one big number preceded by implausible silence – has none of the loose, continuous feel of an outdoor dance event. More annoying still, to attain artistic epiphany, Cole is forced to turn away from “artificial” sound and embrace “authentic” noises in the world around him. Yeah, because that’s what electronic music is about.