Watch: Mother’s Day video reminds us ‘we are only given one mother’

Ahead of Mother's Day a powerful short film called 'May', featuring a poem by Lewis Kenny and made by director Tony Callaly, urges us all to 'embrace' our mothers. Video: Cashmere Media 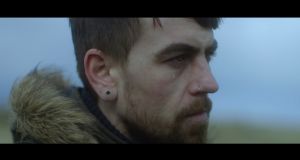 A still from May by Lewis Kenny and Tony Callaly

A new short film celebrating the fact that “we are only given one mother” has just been released, and it might just bring a tear to your eye ahead of Mothers’ Day on Sunday.

The film, May, features a poem by Lewis Kenny and was made by director Tony Callaly and Cashmere Media. It stars Bríd Ní Neachtain and David Moore, and features music by the Swedish Railway Orchestra.

Kenny says he wrote the poem several years ago, and it was one of the first pieces he had written for performance. “For years I wanted to put a video to it,” he says. He met Callaly at a performance in the Workmans Club in Dublin and about two months “put the word out on Facebook” that he wanted to turn the piece into a short film. Callaly got in touch with an offer: “I was completely blown away by the stuff he was doing.”

The voice in the film is Kenny’s. “We only had two week to make this video. I went in to record in the studio last Thursday. Tony shot everything in one day on the Monday and it was edited by Wednesday.”

Kenny, who is poet in residence at Bohemians FC in Phibsboro, Dublin 7, hasn’t shown the film to his mother yet and is very relaxed about. “She knows about the poem and she knows I’ve been working on it. I’ll probably show it to her when it comes out.”

His next project is the All Ireland Intervarsity Poetry Slam, which he set up, and is now in its third year. Performers from nine colleges will battle it out over three rounds to be crowned champion on March 29th at the National College of Art and Design on Thomas Street, Dublin 8. Tickets are free, with doors at 6pm.

May by Lewis Kenny

Music by The Swedish Railway Orchestra

May by Lewis Kenny

I hugged my mother today for the first time in God knows how long,

Just to show her that her son still cared and loved her, y’know?

She broke down in my arms, but couldn’t tell me what was wrong

She cried, but even the very heavens

had now turned a blind eye to her mental anguish.

What was the blame?

Was it living with the shame of slaving a 54-hour-a-week shift,

just to come home and sift her way to couch

to drift off watching her soaps which instead of giving her a much needed lift,

had now become the dope that suppressed her inner screams.

Which sadly is now the only time of the day she spends chasing her hopes and inner dreams.

by a man who has since long forgotten

All the things which they had once shared in common

in what has now become just mere memory of a past life.

The distant acquaintances. The husband and the wife.

But then I thought, could I be partly the blame? I mean have I failed in my job as a son?

See cuz for all the things she’s asked of me

but didn’t do, even though I knew that she just wanted a chat,

over a cup of tea we sat at the ever available, emotionally unstable table

to discuss her frequents with Queen Mab, of times ever Mabel.

But I never put in the distance run, even Mab had now began to run late.

For not one borrowed time, not my sisters, my brothers,

not even her one true love,

So I implore you, embrace her.

Embrace her now, remind her that she’s not an entity

That is here just to serve our existence

but a person that deserves a life that’s not ours to steal,

or unlawfully conceal from this world of which she rightly warrants.

Embrace her, embrace her now!

For she is strong but gentle,

She is both argumentative and fair,

but is susceptible to the ‘negative other’ that can send the soul into disrepair.

So please I beg you just embrace her.

Embrace her now, hold her close, closer than any other

for she is only given one heart.

And we are only given one mother.