The Sun is also a Star: As America divides, Hollywood offers hope

Review: A dreamy romance that will cause even cynics to emit contented sighs 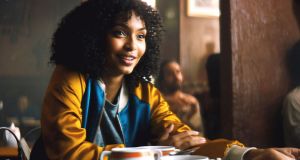 The Sun is also a Star opens on August 9th 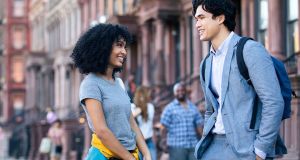 Film Title: The Sun is Also a Star

As the United States becomes ever more divided, Hollywood is here to offer something like hope. Adapted from a hit YA novel by Nicola Yoon, The Sun is Also a Star does not gloss over the current divisions. Indeed, it has, on paper, the feel of a story “ripped from the headlines”.

On the day that a young woman learns that she and her family are likely to be deported to Jamaica, she meets the man who, in happier circumstances, might have shared her future. That’s misery for you.

Fear not. Fitted to a few familiar templates, shot in lovely shades of low heaven, the picture, despite the pervading pessimism, deals in a school of slick, dreamy romance that will cause even cynics to emit the occasional contented sigh.

We are essentially dealing with a middle-to-lowbrow Before Sunrise for those who prefer no awkward edges on their romantic dialogue. The fast-rising Yara Shahidi (duck or she’ll take an ear off as she rockets to the top) plays Natasha, a young physics student fighting to keep her family in the country. While wandering about New York in a distraught daze, she bumps into a handsome Korean-American named Daniel (Charles Melton).

They end up spending what may be Natasha’s last day in the US enjoying the loveliest commercial the New York Tourism Board never made. Coffee in the West Village. A rush about the busy streets of Harlem. A romantic tune in a noraebang parlour. Who wouldn’t be in despair at the prospect of leaving all this?

The contrivance is shameless. Natasha is a hard-edged logician who distrusts unfettered emotion. Daniel, though oriented towards medical school, is a poet who believes he can, in just that one day, make Natasha fall in love. Later appointments in the same building allow them that afternoon of magic meandering.

There are some parallels with this week’s Blinded by the Light – Daniel’s first-generation family are similarly blinkered in their ambitions for their son – but, whereas Gurinder Chadha’s flick gets by on rough good will, The Sun is Also a Star could hardly be slicker if it were selling us a Mercedes.

Shahidi and Melton are equally lovely and equally skilled at returning the other’s verbal ground strokes. The speculative montages allow in just enough other-worldliness. The pop music is perfectly chosen. Yes, it’s both too bad and too good to be true, but there could be no better time for such fantasies.