The Perfect Guy review: the satanic beat goes on . . . and on 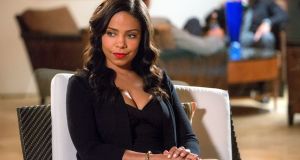 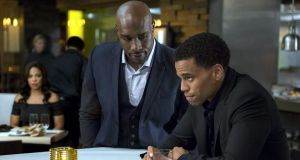 Oh, why not? Let’s end the year as we began. You may remember that, back in February, we saw Jennifer Lopez terrorised by an initially enticing young neighbour in The Boy Next Door. That film had the virtue of triggering accidental hilarity at every absurd turn. (Though I defend the film-makers from the accusation that they thought Homer’s Odyssey was first published in the 19th century.)

This African-American take on the same plot is not quite so broad or incompetent. Nobody falls over (unless the story so demands). The camera remains upright. The actors keep straight faces.

All of this, unfortunately, adds up to a considerably more boring experience. What we wouldn’t give for a rubber swamp monster.

The competent, if uncharismatic Sanaa Lathan plays a top something-or-other (a lobbyist, I think) who is failing to get along with the reliably gorgeous Morris Chestnut. He gets the old heave-ho and she then falls for the more compact, borderline beatific Michael Ealy.“I specialise in corporate espionage and network protection. I get a lot of satisfaction from making people safe,” he says by way of delayed exposition and unconvincing deflection.

Ealy is initially so preposterously virtuous that one of only two later plot developments will seem satisfactory. He must turn out to be the Lord himself or a perpetrator of full-scale genocide. The truth is closer to the latter.

Following a weekend at Lathan’s parents, Ealy flies off the handle and attacks a largely blameless hick at a gas station. In the blink of an eye, he turns from the nicest chap in the whole world to a psychopath of supernatural proportions.

However, the rhythms are too jarring for most sober audiences to bear.