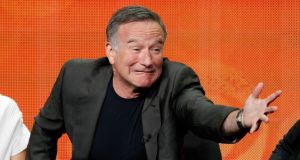 The appeal of Robin Williams, found dead late yesterday from an apparent suicide , stretched across generations and genres.

He first became known to many for sitcom ’Mork and Mindy’ was loved for family fare as the voice of Disney’s blue Genie in ‘Aladdin’ . Many remember him for his portrayal of British nanny Mrs Doubtfire.

He earned an Oscar for 1997 drama ‘Good Will Hunting’ and nominations for ‘Good Morning, Vietnam’ , ‘Dead Poets Society’ and 1991’s ‘The Fisher King.’ He also recorded a programme with Ireland’s very own Irish extraterrestrial twins Zig and Zag. Here are clips from that appearance and some of his best roles:

Netflix: 10 of the best new shows and films to watch in December
8