A Liz Garbus documentary shows us Simone’s life as it was, including her manic depression, politicisation and demons 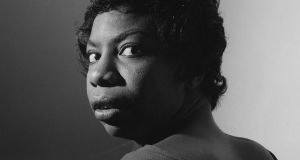 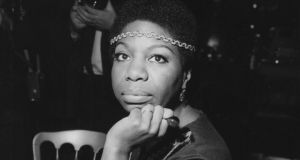 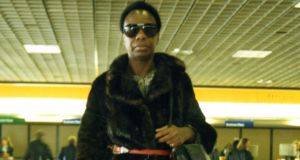 Think of the hypnotic opening lines of Feeling Good; the jazz-soaked love song My Baby Just Cares For Me; the swirling, intoxicating I Put a Spell on You, or the ubiquitous Ain’t Got No, I Got Life. The voice, of course, is Nina Simone’s, and it is so distinctive that everybody knows it. But what else do we know about her?

Her life, with more ups and downs than a window cleaner’s pole, is the subject of a new Netflix documentary, What Happened, Miss Simone? The film begins, very much as director/producer Liz Garbus intended, with the spotlight on Simone.

Garbus, like Simone, is a straight-talker. The Oscar-nominated and Emmy-winning film-maker knew Simone’s music, but not much else, when she was approached by the Simone family about the project. She says she was determined to do justice to her “gorgeous and complicated” subject.

“There was never a dishonest moment in Nina’s life,” says Garbus, “She was always speaking her truth in a powerful and direct way. To have a film that would sugarcoat that would not be appropriate for Nina Simone.”

For Garbus, and Simone’s only child, Lisa Simone Kelly, the film is long overdue. The 12th anniversary of Simone’s death took place on April 21st, 2015. Simone Kelly says she has spent “a lot of that time listening to what people think they know about Nina Simone”, but that over time the “kernel of truth” has become “distorted into facsimiles of pieces that resonate with other people”. This film, she says, redresses the balance, telling Nina Simone’s story in her own words.

Simone is regarded as one of the most influential recording artists of the 20th century, even if starting out she never intended to be a singer.

She was born Eunice Kathleen Waymon in Tryon, North Carolina, on February 21st, 1933. Her talent as a pianist was noticed in church when she was just four. She literally crossed racial divides by walking to a white neighbourhood to attend piano lessons, taught by an English woman, Muriel Mazzanovich.

She grew up on a diet of Bach, Debussy, Brahms and Beethoven, and had the childhood, or non-childhood, of most prodigies: all work and no play. Her talent isolated her; she was an anomaly in the black community she came from and an outsider to the whites she met.

From childhood, Simone had one aim: to become the first African-American classical pianist. But the US wasn’t ready. After being rejected by a prestigious music college because of the colour of her skin, she supported her family by playing piano from midnight to 7am in dive bars. She was told that to keep her job she would have to sing, so she did.

She added the nickname Nina (bestowed by an old boyfriend) to Simone, after the actress Simone Signoret, and her stage persona was born.

Simone’s life has the glory and drama of a Shakespearean tragedy and the scandal of a daytime soap opera. There is her superstardom; a violent marriage; her battle with manic depression and her many demons.

Refreshingly for a music documentary, What Happened, Miss Simone? is lacking in celebrity talking heads and loaded with newly unearthed footage, interviews from the 1950s, 1960s and 1970s, and Simone’s own heartbreaking diary entries: the result of a six-month worldwide scavenger hunt by Garbus and her team.

The most valuable resource in the film is Lisa Simone Kelly. Her childhood was as volatile as her mother’s moods, and she came on board with the film from the start. Animated and intense, she recalls standing on stage with her mother at the Guinness Blues Festival in Dublin in 1999 (“a very special day in my life”), before explaining the need to “reboot” her mother’s memory.

After her rocky “celebrity” childhood, was she fearful of putting herself out there? Not at all, she says. “The truth shall set you free . . . but truth isn’t always going to be cookies and cream. All of us have parallels, all of us have skeletons, all of us have shit. It was about letting people into the inner sanctum of our lives so my mother’s story would live properly and so that this could evoke discussion, compassion and conversation.”

On September 15th, 1963, a bomb went off at a Baptist church in Birmingham, Alabama, killing four black girls and injuring scores more people. An incensed Simone reacted by writing the song Mississippi Goddam. Radio stations refused to play it, and Simone found herself less bookable the more political she became.

On the day Lisa Simone Kelly is in London to talk about the film, a young white man enters a church and shoots dead nine black people during a Bible study group at a South Carolina church.

Unlike her mother, she is almost lost for words. “I don’t know what to say. Something has to change,” she says with her eyes closed.

Simone Kelly and her mother’s relationship was far from smooth when Nina was alive. After her death, things were no less rocky. “I no longer run my mother’s estate,” she says flatly. “The legal proceedings took a lot out of me. I did the best I could for the amount of time I was administrating; by the time I resigned I was choking on it.”

Instead, she decided to put her “devotion and love” into this film. She wanted to set the record straight on the one issue that people have overlooked, ignored or just been ignorant of – that Nina Simone was first and foremost a classically trained musician. “That was her terra firma . . . every piece of music she played had a classical nuance.” Hearing her mother described as a “jazz artist” is like “being punched in the stomach”.

A biopic of Simone is in the works, directed by Cynthia Mort and starring Zoe Saldana.

“Everything about this has been tainted and wrong from the beginning,” says Simone Kelly. The biopic’s premise, she says, is built around a love story (between her mother and her former caretaker Clifton Henderson) that never existed.

“Clifton Henderson was gay. He loved men; he was in a long-term relationship. Why would you call this a biopic and further spread misinformation and lies about my mother?”

Simone Kelly is visibly pleased her project has beaten them to it, and describes how she “danced around the room” after seeing the first edit of Garbus’s film. “My promise to my mother on her deathbed was fulfilled . . . my job is done.” Finally, she says, she knows how it feels to be free.

‘I knew she was loved’: Nick Grimshaw on Caroline Flack and mental health
8