Review: Sebastián Lelio has accomplished a very satisfactory remake of his own movie 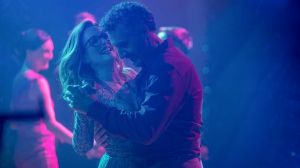 One could read a statement of intent into the title. Hollywood has a habit of naming films for heroic avatars of feminine self-sacrifice. Barbara Stanwyck was Stella Dallas. Joan Crawford was Mildred Pierce.

Now Julianne Moore is a divorcee dealing with awkward family and useless boyfriends in a contemporary version of LA. Will she lie down on damp ground and allow them all to walk drily over her?

Fans of Sebastián Lelio’s Gloria, a critical sensation in 2013, will know that won’t be happening. The Chilean film starred Paulina García as a divorced woman in her 50s who, as a habitué of the more polite singles bars, falls in with an unsatisfactory man who cares more for paintballing than commitment.

She does emerge as a heroine, but not one of the Thelma & Louise school. Gloria, a disciplined film that ended in contained triumph, argued for the heroic in the everyday.

All this is true of Lelio’s very satisfactory American remake. Gloria still exhibits more tolerance than most of her associates deserve. She still enjoys dancing and singing along to the power-pop ballads of her young adulthood. Her eventual meltdown is less a fist-in-the-air moment than a quiet-smile-of-satisfaction moment.

Most surprising is how little the geographical shift has changed the ambience. Social life in middle-class Santiago progresses – on this evidence – in much the same way as its counterpart in southern California. Natasha Braier, who did such spectacular work on Nicolas Winding Refn’s The Neon Demon, shoots the film in warmer shades than we saw in the Chilean version – even Vegas seems sedate – but we still seem to be moving through a closed-off Nowhere that citizens of a hundred countries might recognise.

Some things have changed, however. It matters a little that Julianne Moore is an international movie star. García had less trouble convincing overseas viewers (she is well known in Chile) that she could be an ordinary woman buffeted by quotidian cruelties.

So often the bumbling outsider, John Turturro is ideally cast as a guy so self-absorbed he slips away from a Bell family gathering because he’s not getting enough attention. Moore is as rooted and engaged as ever, but, through no fault of her own, her stardom does make something more exceptional of the character.

In that sense, the film has some unwanted connections with Stella Dallas and Mildred Pierce. Nobody pretended that Stanwyck or Crawford could cast off their celebrity and become ordinary citizens.

None of this much damages another powerful telling of the story. This Gloria is a little less rooted and a little less relatable. But she remains an inspiration.

Careless whispers: how the German public used and abused the Gestapo
10