Awkward, odd and disturbing sex remains a distraction at Cannes 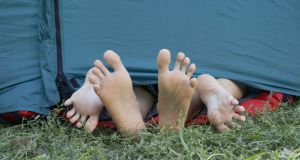 Awkward sex remains one of the continuing distractions of the Cannes Film Festival. Photograph: Getty Images

Awkward sex remains one of the continuing distractions of the Cannes Film Festival. Rare is the film in the Official Selection that doesn’t have some sort of messy coupling.

We’ve barely hit our stride and already the beasts are making two backs in many and various ways.

In Andrey Zvyagintsev’s gloomy Loveless, this writer’s favourite film to date, ostensible “good sex” – that’s to say enjoyable sex – is filmed in such a way as to make it seem a manifestation of selfishness. The warring couple at the film’s heart have it away with their respective lovers while their son sinks into misery before disappearing towards the Moscow outlands. Even that tragedy can’t stop them from curling up in lush rooms not quite illuminated by sickly grey light. You are bad people. Your good sex is actually bad sex. Be ashamed.

Ruben Östlund’s The Square – a brilliant, disordered satire of the Stockholm art scene – features distinctly odd sex. The urbane Claes Bang, a solipsistic curator, and the inquisitive Elisabeth Moss, a US reporter, seem to be enjoying what they’re up to, but the odd smirk on Moss’s face suggests she may be distracted.

What sends it into deeply peculiar territory is what happens afterwards. The two fall into an inexplicable fight over the used condom that ends with them pulling hopelessly on either end as if committed to making a sport of the activity. Moss eventually wins the 5m condom pull, but to what end it is not entirely clear. You are strange people. This is strange sex.

The most disturbing sex scene so far is, however, that between an enormous, genetically modified pig and her brutal thoughtless mate in Bong Joon-Ho’s Okja. Jake Gyllenhaal forces the titular creature, genetically modified to the size of a minibus, into congress with a less kind specimen in a scene that, to force home the horror, is repeated endlessly in video clips. It is at this point that lingering suspicions that Okja might be a family film wither into dust. This is yet another argument for the awfulness of the sexual act. You are a defenceless animal. You will have horrible sex.

Thank heavens for 120 Beats per Minute. Robin Campillo’s highly praised film, a study of Aids activism in 1990s France, actually manages the tricky business of communicating its characters affection through the sexual act. There is some coyness to the scenes featuring Nahuel Perez Biscayart and Arnaud Valois. Intimacies are shrouded in shadow. The men’s faces do much to communicate the levels of ecstasy. But this is unquestionably a positive experience. They are good people. They have good sex.

For once in cinema, sex offers some release and distraction from misery. Too often it is the cause.