Tributes paid to star of films such as Twister, True Lies and Aliens 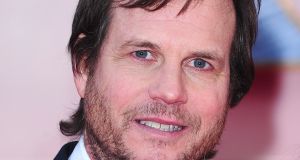 The actor, who starred in Twister, True Lies and Aliens, died on Saturday.

A family representative said in a statement: “It is with heavy hearts we share the news that Bill Paxton has passed away due to complications from surgery.

“A loving husband and father, Bill began his career in Hollywood working on films in the art department and went on to have an illustrious career spanning four decades as a beloved and prolific actor and filmmaker.

“Bill’s passion for the arts was felt by all who knew him, and his warmth and tireless energy were undeniable.”

Paxton had two children and was married for 30 years.

Actor Peter Mayhew, who plays Chewbacca in the Star Wars movies, was among the first to pay his respects on social media.

He wrote: “He was a kind man and a true gentlemen. His light will be missed in this world.”

Actor Rob Lowe tweeted: “Devastated by the sudden loss of my close friend and one of the finest actors in the business, Bill Paxton.

“Renaissance man, raconteur and uniquely American national treasure. His filmography speaks for itself. His friendship was a blessing.

“My love to Bunny, James and Lydia.”

He added: “In his memory, on this Oscar Sunday, watch ”One False Move“ or ”A Simple Plan“ to see this lovely leading man, at his finest.”

Actor Josh Gad said the loss was “beyond crushing”.

“Once again, an icon, far too young, gone far too soon. Goodbye Private Hudson,” he tweeted, referring to Paxton’s character in Aliens.