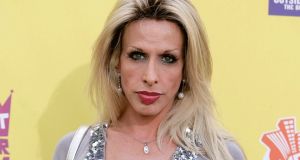 Actor and activist Alexis Arquette has died at the age of 47.

He said the actor, who appeared in films including Pulp Fiction and Last Exit To Brooklyn, died while listening to David Bowie’s music.

“He was surrounded by all of his brothers and sisters, one of his nieces and several other loved ones. We were playing music for him and he passed during David Bowie’s Starman.

“As per his wishes, we cheered at the moment that he transitioned to another dimension.”

It continued: “He died as he lived, on his own terms. I am immensely grateful that it was fast and painless.

“It was an incredibly moving experience and I am humbled and grateful to have been able to have been with him as he began his journey onward.

“Thank you, Alexis, I love you and will love you always.”

A cause of death was not given.

Arquette made her film debut in Down And Out In Beverly Hills in 1986, and landed her first significant role as a transvestite in Last Exit To Brooklyn in 1989.

Other film roles included The Wedding Singer and Lords Of Dogtown.

She transitioned to being a woman in 2006.

Her experience was documented in Alexis Arquette: She’s My Brother, which screened at the Tribeca Film Festival in 2007.

She went on to become an activist for transgender rights, and also had roles in television shows including Friends and Californication.

Boy George was among the celebrities to express their condolences.

He wrote on Twitter: “R.I.P my sister Alexis Arquette. Another bright light gone out far too soon. Love to the family and all that loved Alexis.”

Patricia Arquette tweeted a link to Bowie’s Starman and wrote: “Breaking through the veil singing StarMan.”