A Season in France: A jolting drama with the most shocking scene of the year 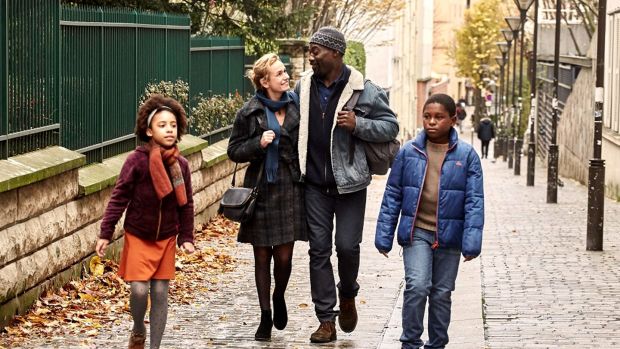 A Season in France depicts lives in masked, quiet desperation

Film Title: A Season in France

Don’t be fooled by the wistful title: this impactful depiction of Europe’s refugee crisis couldn’t have less in common with A Year in Provence.

Schoolteacher Abbas (Eriq Ebouaney) left his war-torn city of Bangui (in the Central African Republic) with his surviving family more than a year before Chadian auteur Mahamat-Saleh Haroun’s (A Screaming Man) jolting drama begins. Abbas and his brother Etienne (Bibi Tanga) now do cash-only jobs – Abbas lugs crates of fruits and vegetables; Etienne is a doorman – in France, where their status remains uncertain.

Abbas is troubled by visions of his wife, Madeleine, who died as they fled from Africa. He has, however, attempted to build some kind of life. His two young children (Aalayna Lys, Ibrahim Burama Darboe) are enrolled in school and he is romantically involved with Carole (Sandrine Bonnaire), a kindly florist. Etienne, who lives in a makeshift shelter under a motorway overpass, is the more troubled sibling, and his final actions make for the most shocking film scene of the year. It’s one of two moments in Haroun’s films that will haunt you for months. The second, which brings us to a razed wasteland in northern France, is as illuminating as it is unsettling.

There are horrors here. There are details, including the five-year rule of refugees buried in a potter’s field, that you’d rather not know. And yet writer-director Haroun maintains a strange, almost eerie calm, not unlike the sans papiers refugees at the centre of the film. The anonymous government buildings they visit are staffed with security guards. Though obliged to keep their heads down and stay out of trouble, the frustrations of their precarious existence occasionally boils over: Etienne suffers from sexual impotence; Abbas sleepwalks and sees ghosts. A birthday party scene in which presents are opened, the family dances, and a fateful letter remains unopened speaks to lives that are, at best, masked and quiet desperation.