Cultural craic and the role of summer arts festivals 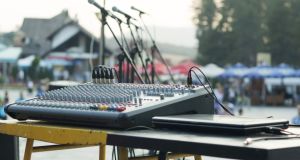 The Irish summer might not guarantee the kind of weather we used to expect at this time of year, but it does bring with it a host of festivals to cities and towns across the country. These play a multiplicity of valuable roles: they enliven, enrich and add colour to a local community, they are significantly important to the development of arts audiences, and the creation of greater local access to cultural experience, and they attract visitors and boost local economies. They are a mix of the esoteric and the appealing, as Brendan Flynn once described his own Clifden festival. Like the GAA championships, the season of non-stop cultural craic has become part of who we are.

Whether it’s Galway or Kilkenny, Boyle or Bantry, each festival has over the years developed its own unique identity and flavour. They provide a showcase for the work of Irish artists as well as giving Irish audiences the opportunity to experience some of the best from the international scene. Perhaps one of the more extraordinary and under-recognised aspects of these festivals is way they capture the energy of local communities through the participation of so many volunteers.

Of course, the economic benefits have been a determining factor in the establishment of many of these festivals and that continues to be the case in their ongoing support. In the recent funding cuts festivals fared better than other beneficiaries of the Arts Council. If, as we are now being told, we are emerging from our crisis, those cuts must be reversed and their regressive impact stemmed. As the Taoiseach of the day, John A Costello, noted when the Arts Council was set up,“the amount spent is infinitesimal to the value received”.

That value has to be judged in terms that look beyond the economic payback such as “hotel nights” and “visitor numbers” – the real value lies closer to the more appealing view put once forward by the Council of National Cultural institutions: “in making art we make ourselves. In understanding art we understand ourselves”.