You Will Know Me review: Female adolescent noir hits a literary high point 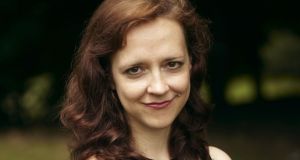 Book Title:
You Will Know Me

‘Some people would always be jealous of Devon, the way they were jealous of all beautiful and brilliant things,” Katie Knox reflects on her daughter, a 15-year-old gymnastics prodigy on track for elite status and, one day, the Olympics. Devon is special, “extraordinary”, and worth making sacrifices for; Katie spends her time driving Devon to lengthy practices and washing expensive leotards; family holidays mean rushed excursions to whatever cultural venue might be near Devon’s competition.

The world Katie and her husband Eric inhabit is tight-knit and stifling, a community of anxious parents determined to see their darling daughters trained well in this strange art that both “aged girls and kept them young forever at the same time” .

Within this bubble, Devon is a thing of awe. Outside of it, she is freakish: hard, tight muscle compared with the newly soft curves of her peers, determined and focused in contrast to their whispers and flirtations and in-jokes. Devon features in the almost gothic nightmares of her younger brother, who is soothed by his mother even as the reader grows uneasy, suspecting that there may be a grain of truth in these dreams of her leaping off the roof.

Devon is not otherworldly, but she is in many ways just as unknowable to Katie: she is a teenage girl keeping secrets from her mother.

Following her earlier novels casting female protagonists in classic noir-style dramas, Megan Abbott has found fertile ground in the intensity of female adolescence. Her recent titles – The End of Everything, Dare Me and The Fever – call to mind both Jodi Picoult’s sympathetic portrayals of teenagers in adult worlds and Gillian Flynn’s compellingly nasty women.

It is perhaps unsurprising that Picoult and Flynn are two of the many writers who have lavished praise on Abbott, but it is well deserved; her writing is taut and elegant, carefully balancing suspense and sharp twists with psychological insights.

Abbott excels at showing us the kind of teenage girl we are prone to dismiss, or idealise, or both – and then subverting our expectations. Her girls are never sweet, never wholesome, never simple; there is always something sinister beneath their suburban concerns and, most pleasingly, something more complex than attraction to a cute boy at the heart of their behaviour.

Strange convulsions overcome Abbott’s girls one by one after a routine inoculation; cheerleaders hide secrets beneath their pom-poms and choreography. In You Will Know Me, it is the teenage gymnast, who we may forget is a serious athlete, or dismiss as childlike in her unformed body, that we need to be suspicious of.

“This sensible, sensible girl,” we are told of Devon, even as a sense of dread tightens our gut. “A girl who knew how to protect herself. Never a daredevil, never stunting without a safety mat, without spotters. A girl for whom instability was the ultimate enemy. Who’d never known divorce or slamming doors or slamming fists. A girl whose home was a peaceful sanctum, even the basement padded. A life that had to be made safe because of the risks she put her body through. She was the most dangerous thing in her own life.”

Katie’s own troubled background, and an accident in Devon’s childhood, has led her to protect her daughter at all costs. But as the gymnastics clique cracks after a hit-and-run kills one of their own, Katie begins to question her assumptions about her own family. Can you ever really know your child – or your husband?

These questions have become increasingly familiar on bookshelves as domestic noir and “grip-lit” make their presence most insistently felt. But Abbott more than holds her own against the competition. She is a smart writer who knows her genre, an author who holds a PhD in English and American literature, and who recently joined the writing team of David Simon’s upcoming HBO drama, The Deuce.

And Abbott is unafraid to push the limits of the genre: You Will Know Me is as much a relatable and authentic interrogation of parenthood as it is a psychological thriller exploring the dangers lurking within what looks like a perfect family.

The novel occupies that ideal sweet spot between literary and commercial: the elegant page-turner. The prose is sharp and precise, steering away from potential melodrama in favour of more subtle reveals. And when Katie finally begins to understand, to decode the hints embedded within the minutiae of home life and gymnastics routines, it is the epiphany of a mother, not a detective.

There is nothing satisfying about solving a mystery when your own exceptional daughter is tangled up in it. But for the reader, entranced, it certainly is compelling.

Claire Hennessy’s latest novel is Nothing Tastes As Good