From the Tyrone Guthrie Centre in Monaghan to a host of creative boltholes on the south coast, Ireland is blessed with a thriving support structure for writers 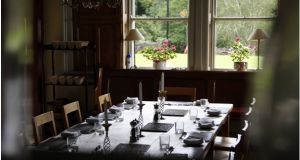 The communal dining room at the Tyrone Guthrie Centre in Annaghmakerrig, Co Monaghan 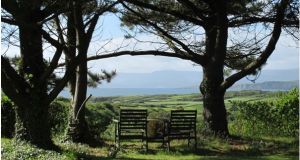 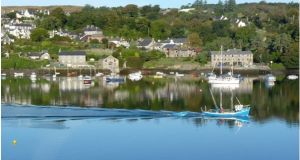 Castlehaven harbour, a short walk from the Long Barn in Reen, Co Cork 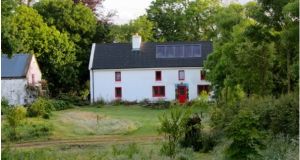 So how’s that book going, the one you started writing back in January? Finished? All edited, polished, ready to send off to agents and publishers and take the literary world by storm? Unfortunately, the chances are high that your half-written masterpiece is languishing in a drawer somewhere. Perhaps you wrote yourself into a plot corner that you couldn’t see a way out of. Perhaps you fell out of love with the characters. Perhaps real life intervened (the vegetable garden doesn’t look after itself, a demanding new boss at work, summer holidays). It would be a shame to let your manuscript join the thousands of unfinished novels that will never see the light of day. Now that autumn seems to have arrived with a bang, why not kick-start your creative enthusiasm with a spell at a writer’s retreat?

Ireland is blessed with a thriving support structure for writers that attracts both home-grown and international talent. There are well-established retreats with a worldwide reputation, and a couple of relatively new kids on the block offering something different. What they all offer is peace, headspace, and, unlike just booking a week in a remote cottage in Connemara, some degree of editorial help with your writing that might just be the thing you need to break through that creative choke-point.

The Tyrone Guthrie Centre is the granddaddy of artists’ retreats in Ireland. Bequeathed to the nation in 1971 and opened as a residential workplace for artists of all disciplines in 1981, Annaghmakerrig, as the house is known, sits in a tranquil setting amid the lakes and drumlins of Co Monaghan. Rather than a retreat, Annaghmakerrig offers artist residencies of up to one month. There are entry requirements. Applicants must show evidence of some professional artistic achievement, but Robbie Macdonald, the resident director, is at pains to clarify that the requirements are very flexible.

“We need to see some evidence of a career in the arts, but for writers it could be merely a short story published in a magazine, or even an article on the arts in a newspaper. We’re here to support emerging talent, as well as the more established artists.” Artists are left to their own devices by day, but there is an obligatory dinner at 7pm in “The Big House” where everyone comes together to eat and talk. You might find yourself sitting next to illustrious company, a playwright struggling to get a script finished for the Abbey Theatre, or a well-known novelist rushing to finish a final draft of their next best-seller.

Another long-established retreat is Anam Cara, on the Beara peninsula. For nearly 20 years, Sue Booth-Forbes has provided a haven for artists and writers high up on a hillside overlooking Coulagh Bay. At Anam Cara, meals are taken together, but creative time in between is sacrosanct. It’s all about finding your own voice. Sue, her Boston origins showing in her soft New England drawl, says: “One writer said to me after a few days, ‘I’ve quietened down inside’. Here, exterior noise falls away and allows you to hear yourself.”

Anam Cara is another multi-discipline retreat, equally balanced between writers and visual artists. Sue again: “Sometimes the cross-pollination between different disciplines is the most interesting, watching the exchange between artists as they learn about the creative process from each other.”

But perhaps you’re not good at groups. After all, writers are famously (perhaps lazily) categorised as being an introverted bunch whose skills lie in observation, rather than participation, and perhaps you would prefer a more personal, one-on-one approach. There are two relative newcomers that might suit.

The Kilcoe Writers’ Retreat in west Cork offers “the perfect place to write”. Rob Heyland, an award-winning screenwriter for both the BBC and RTÉ, opened his doors to aspiring writers in 2013. As a working writer, Rob knows the value of solitude, and if you just need the peace and tranquillity that his 50 acres of coastal organic farm, lake and woodland provides, then you are left to your own devices. If you do need some expert help, Rob will talk through your day’s work with you in the family kitchen that is the heart of the home, giving advice or general feedback.

“I love mentoring. In addition to hopefully providing some inspiration and guidance for the writer, it can help me with my own work, and we sometimes end up talking long into the evening.” His advice is creative, always honest, and sometimes forthright. He must have the balance right, because people keep coming back for more. “One writer is returning for the fifth time next month, flying over specially from New York.”

Another more recent west Cork addition to the writers’ retreat is The Long Barn, on the Reen peninsula near the picturesque village of Union Hall. This award-winning old stone barn conversion is usually booked solid with holidaymakers in the summer season, but off-season is a haven for writers searching for solitude and tranquillity. Reen is a cultural hotspot – writers and artists of international acclaim are next-door neighbours. The Long Barn is set down a winding lane with a secluded beach a short amble away, the only sounds birdsong and distant surf and the wind among the leaves of the avenue of sycamores and ancient elms that line the old Mass Road. Self-contained and secluded, a mobile phone signal is almost non-existent, and the wifi can be switched off if required, leaving you free of all those online social media and email distractions. Combine your stay with a critique package from editorial.ie, the developmental editing specialist, and you can workshop your work-in-progress as much or as little as you require. The barn does sleep four, so perhaps some fellow writers might like to share the experience, but be careful it doesn’t just become a holiday!

Offering something slightly different again is the Molly Keane Writers’ Retreat in Ardmore, Co Waterford. Although it is possible for writers’ groups to hire the house for a retreat, the emphasis here is on workshops with a theme (self-catering residency at the house is an optional extra). Coming up in October, the retreat is delighted to have enlisted Don Share, editor of the pre-eminent Chicago-based poetry magazine, Poetry, to lead a poetry masterclass for which there are a limited number of places still available.

Space prevents a detailed listing of every writer’s retreat in Ireland. There’s almost bound to be one near you, especially if you live on the west coast (author Andrea Carter described her residency at the spectacular Cill Rialaig, on Bolus Head in Kerry, in The Irish Times last November).

Writers in Ireland are blessed with an enviable choice. There really is a retreat to suit everyone’s needs and budget, and somewhere there is a secluded desk, probably with a view out on to a leafy boreen or a distant seascape, with your name on it. Are they worth it? As Rob Heyland says of Kilcoe, “You can achieve more in a couple of hours here, than you could in a week at home.”

Richard Bradburn, a member of the Society for Editors and Proofreaders, is the managing editor of editorial.ie, the developmental editing specialist based in West Cork. Two out of the thirty-nine novels that made the long-list to this year’s Bath Novel Award were the subject of editorial.ie developmental critiques