Women on the verge of a tumultuous showdown: Women in Dark Times, by Jacqueline Rose 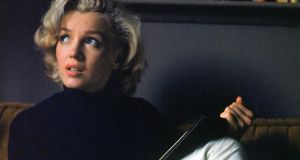 ‘This book,” writes Jacqueline Rose, “begins with the story of three women who create their lives in the face of incredible odds.”

On the surface, the radical socialist activist and writer Rosa Luxemburg, the German-Jewish artist Charlotte Salomon and the film star Marilyn Monroe have little in common besides the fact that their lives ended in tragedy: Luxemburg was murdered by right-wing militia in 1919, Salomon was killed at Auschwitz and Monroe probably died by suicide. But Rose’s fascinating, provocative and sometimes frustrating new book explores how these three women each confronted her own psychological darkness as well as the darkness of the world in which she lived.

The portrait of Luxemburg is insightful, exhilarating and inspiring. Here was a passionate, witty and creative woman who believed so strongly in the freedom of democracy that she was never afraid to challenge fellow leftists who thought it dispensable after a revolution. As Rose says, we have not had a figure quite like her since.

Her writing about Monroe is a deeply moving defence of a woman on whom the postwar United States projected its dreams and fears, one who struggled to be taken seriously as a woman with a strong and complex mind of her own.

I was particularly fascinated by Salomon, a young woman from a troubled Jewish family who fled Nazi Germany in 1940 for the south of France, where she created an extraordinary work called Leben? oder Theater? (Life? or Theatre?). This was a series of 700 or so vivid gouaches that combine images, text and even music to create a semi-autobiographical work that Rose describes as a “grand visual poetic symphony”.

After the opening chapters, which are devoted to these three lives, Rose expands her scope to explore the phenomenon of so-called honour killings and the 21st-century women who challenge the practice, before moving on to the contemporary artists Esther Shalev-Gerz, Yael Bartana and Thérèse Oulton. These women, from Luxemburg to Oulton, “have made their presence felt way beyond the limits of their lives, way beyond the space to which a cruel and hostile world has wished to confine them”.

As she moves from one woman to the next, Rose brings in everyone from Thomas Mann and Virginia Woolf to Lee Miller and Hannah Arendt. In fact Arendt is a recurring presence in the book, and her work Men in Dark Times inspired the title.

The chapter on honour killings is superb, both Rose’s dissection of misogynistic attitudes to female sexuality and her exploration of how western society views the crime: “For the Western observer, they are, we might say, the perfect crime – the crime of which he or she could never, ever be guilty.”

Rose views the world from a psychoanalytical perspective, arguing that the women she celebrates achieved their creative or political breakthroughs by acknowledging, accepting and accessing the unconscious.

“Their reckoning with the unconscious,” she writes, “is an inherent part of, rather than an obstacle to, their acutest vision.” This produces some fascinating and invigorating general observations; she’s particularly good on creativity as a form of psychological defiance.

However, when Rose applies the ideas to the psyches of the individuals themselves, it can feel frustratingly like sophisticated but presumptuous speculation, particularly when it comes to Salomon, who seems to have left comparatively little personal writing outside Leben? oder Theater? “Salomon has been surprised by herself,” writes Rose when discussing the artist’s vivid, dreamlike painting. “She is not in control of her art.” Really?

Sometimes the book threatens to reduce (or elevate, I suppose, depending on your point of view) the work of both Luxemburg and Salomon to an extended act of free association. This approach is much more successful when it comes to Monroe, who did undergo psychoanalysis for years and whose letters to her analyst the book quotes. Wisely, Rose doesn’t spend so much time attempting to delve into the unconscious of her living subjects.

Rose seems to disavow gender essentialism, but throughout the book it’s implied, and sometimes stated, that women “have a unique capacity to bring the dark side of the unconscious, of history . . . to the surface of our lives”. I’m not convinced of that, nor am I totally convinced by Rose’s suggestion that misogyny stems from men’s rejection and fear of their own early identification with the female in the person of their mothers.

Still, all this means that Women in Dark Times is a book that constantly challenges the reader and forces her to engage with it. Rose’s arguments are impossible to ignore, even if you don’t agree with all of them.

In the final chapter, Rose urges us to embrace a feminism that isn’t afraid to examine, bring forward and even embrace “the most painful aspects of our inner world”, a feminism that doesn’t believe “we can, with sufficient persistence, simply drive the cobwebs of unreason away”.

Feminism as extended psychoanalysis? Maybe that’s what we need. No one has ever succeeded in bringing more light into the world by ignoring the dark.