The woman who weaponised sex and sparked Mad Men

After getting a job thanks to her office post-its, Brown presided over Cosmopolitan magazine for 32 years 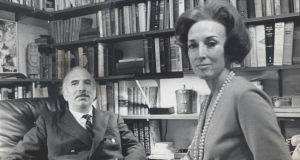 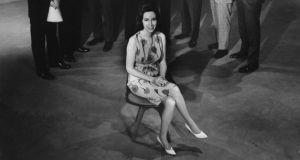 Helen Gurley Brown had an epiphany as a young woman, and it would inform a great many things she said and did in adult life: Sex is a great democratizer. “Here was the silly little secret,” Gerri Hirshey writes in Not Pretty Enough: The Unlikely Triumph of Helen Gurley Brown. “Certainly, men love beautiful women. But when the lights went out, Miss Universe might just as well be the poor, sooty little match girl if she couldn’t make him shout hallelujah.”

So Helen Gurley Brown became an expert in the sack. She might have been dogged by insecurities her whole life, always feeling insufficiently attractive. But she was also uncommonly intrepid for her generation, willing to talk dirty and dress slinky and master the hydraulics of oral sex.

Once you understand how liberating her youthful insight was – sex can be weaponised – you understand the man-pleasing evangelism of Cosmopolitan magazine, over which Brown presided for 32 years. She was simply encouraging millions of ordinary-looking “mouseburger” women like herself to go to war with the army they had, not the army they wish they had.

Helen Gurley Brown is a fabulous story of American self-invention. Her life spanned almost an entire century. (She died at 90 in August 2012.) She was born in the Ozarks and had a difficult childhood: her father died when she was 10; her sister contracted polio a few years later; her mother, already destabilised by the Great Depression and probably by congenital depression, too, did not cope well.

Yet somehow Brown willed herself into a glittering media czarina in Pucci. Along the way she dated glamorously, punched a hole in the glass ceiling of the West Coast advertising business and wrote Sex and the Single Girl, which, in 1962, dared to celebrate the adventurous lives of single women and decriminaliase coitus without matrimony. How did she do it?

This is the question that preoccupies Hirshey, a veteran magazine writer and author of several books, including Nowhere to Run: The Story of Soul Music. She is a studious and generous biographer, embracing a “No judgments” philosophy when approaching her subject. The debate about whether Brown was good for feminism does not interest her. “She was a realist,” the author writes, “not a revolutionary.”

This attitude has clear advantages. It frees Hirshey to do a compassionate, psychologically complex biography, arguing the world from her subject’s point of view. Brown, who could run the risk of appearing like a caricature, never once does so here.

We see her big-game man-hunting in the context of her poor background, spent mainly in Arkansas, and of her family’s continuing financial problems. “Marrying for love was not an option,” Hirshey writes. “There were too many mouths to feed and doctors to pay.” (At 37, Brown managed to find both love and security in the Hollywood producer David Brown.) We see the daffy, often shameless advice she gave in Sex and the Single Girl – steal from petty cash at the office; make your “beau” replace the booze he drinks in your sexy home – in that same context.

“She was addressing her own, still-struggling underclass,” Hirshey writes. Most poignantly, we see her anorexia, exercise mania and macabre plastic surgeries, heck, her entire professional drive, in the context of her mother’s unforgiving gaze: Cleo Gurley made it clear that she never thought her daughter was beautiful. She was far too obsessed with her daughter’s volcanic acne. “My shrink says I’m doing this for my mother,” an 80-year-old Brown told the playwright Eve Ensler of the latest fat injection into her cheeks. She was speaking between situps.

Strangely, the moment Brown becomes editor of Cosmo, Not Pretty Enough becomes less involving. The book often slides into a media history, with stories about Cosmo’s soaring ad sales and expanding international editions, its models and stylists. Brown, who once billowed with life, now deflates on the page.

This would have been the time to report in greater depth on her relationship with her feminist contemporaries. Betty Friedan called Cosmo “quite obscene and horrible.” How did Brown, so sensitive to snubs and slights, feel about that?

Throughout, however, Hirshey writes with energy and swing, and she’s great at capturing the sound of her subject’s cooing speech. (Brown gave good nicknames, and spoke “with italic emphasis”.) There are some hilarious stories here: about her psychotherapy (she was an early adopter, starting in 1944); her sex life (she counted 178 lovers before marriage); her legendary cheapness – Joan Rivers, once spotting Brown struggling with many bags at a bus stop, rolled down her window and shouted: “Helen, calm down and take a cab! Your husband made Jaws.”

Hirshey’s meticulous re-creation of Brown’s single-girl years in Los Angeles, where she went through 19 secretarial jobs and juggled boyfriends like plates, are alone worth the price of admission to this circus. She cavorted with big-time generals, she revenge-dated a Getty. She also tolerated an extraordinarily high level of sexism in the workplace. You can see how Matthew Weiner drew on Sex and the Single Girl for Mad Men.

But in one of her final secretarial jobs, at the advertising agency Foote, Cone & Belding, Brown finally got her big break: her boss’s wife noticed that Brown’s “while you were away” memos were written with unusual elan, and suggested that maybe she ought to write for a living.

So it came to pass. Her boss made her a copywriter. All because of her scribblings on little pink pieces of paper. Brown always had a flair for small economies. Thus began one of her greatest and most enduring love affairs – with the office itself.

“Business I could rely on,” she told a friend. “It never went away and left you.” Not Pretty Enough The Unlikely Triumph of Helen Gurley Brown by Gerri Hirshey is published by Sarah Crichton Books £20.88